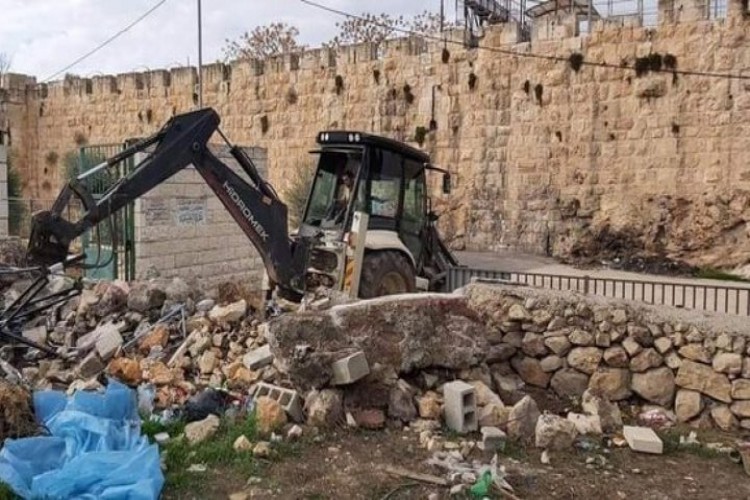 The United Nations Office for the Coordination of Humanitarian Affairs in the Palestinian Territories “OCHA” said that the Israeli occupation authorities demolished or confiscated 59 Palestinian structures in the occupied West Bank during the past two weeks, claiming that they lacked building permits.

In a report, the office indicated that the demolitions displaced 96 people and damaged about 550 others.

It added that the majority of the buildings (49) and the displaced persons (84) were in the Bedouin community of Ras al-Tin, Ramallah, Area C.

It pointed out that the demolition of an agricultural water tank that was donated in Furush Beit Dajan in Nablus has undermined the ability of more than 500 people to obtain water.

“During the past two weeks, the Israeli forces carried out 91 search and arrest operations, and arrested 158 Palestinians throughout the West Bank.”, stated the office.

It indicated that about 45 university students were arrested in Turmusaya, Ramallah, during a protest against punitive demolitions, and 20 others were arrested in the Old City of Jerusalem during clashes with the occupation forces after more than 1,600 Israelis stormed the courtyards of Al-Aqsa Mosque, and the rest were arrested in other circumstances across the West Bank.

According to the UN report, the occupation forces injured 615 Palestinians throughout the West Bank, including 24 children, the youngest of whom is a three-month-old baby, and 588 of them were injured in protests against settlements in Beita, Nablus.

It reported that on July 28, the occupation forces shot dead an 11-year-old Palestinian child while he was in a car with his father at the entrance to Bayt Ummar, al-Khalil.

The report added that settlers physically assaulted and wounded three Palestinians in separate incidents in the al-Khalil governorate.

They also damaged at least 200 trees, seedlings, and other Palestinian properties throughout the West Bank.