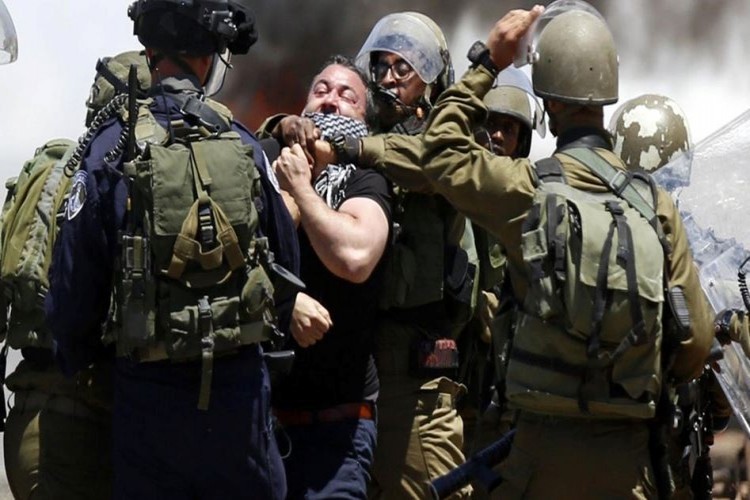 WEST BANK, Aug 4 - The Israeli occupation forces detained, last night, a number of Palestinian citizens in separate areas of the West Bank and occupied Jerusalem. Meanwhile, confrontations renewed in the town of Beita, south of Nablus.

In Nablus, the occupation forces detained the two brothers, Iyad and Jamil Masha, after raiding their family's home in Balata refugee camp, east of Nablus.

Activities of night confusion renewed on the top of Mount Sabih, which is threatened by colonization, the town of Beita, south of Nablus.

Local sources reported that the families of general high school students preferred to celebrate their children's results at the top of Mount Sabih, where they fired firecrackers, lit rubber tires, and carried torches while chanting success and happiness songs.

In occupied Jerusalem, the occupation forces detained the child Maher Zaitoun,15, from his family’s home in Bir Ayoub neighborhood in Silwan, south of the Al-Aqsa Mosque.

The occupation forces stormed, last night, the homes of the freed prisoners, Seif Al-Natsheh and Issa Al-Natsheh, in the Ras Al-Amud neighborhood.

Separate areas of the West Bank and occupied Jerusalem are witnessing daily incursions and detention campaigns of citizens, in a way that terrorizes the women and children of these areas.