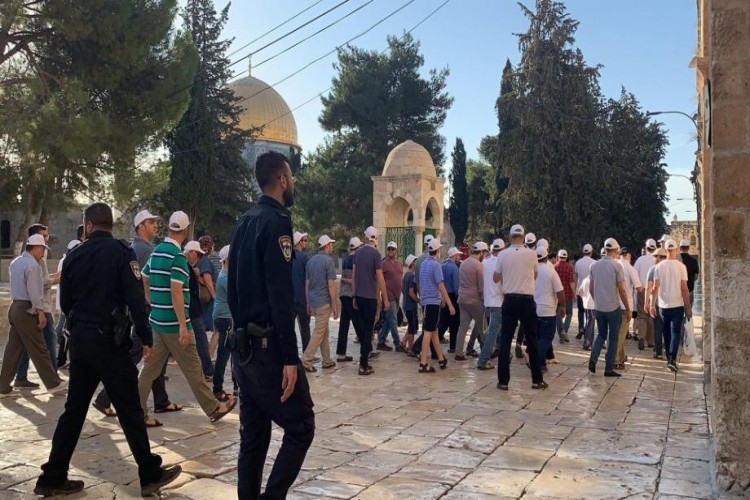 Dozens of settlers stormed, on Tuesday morning, the courtyards of the blessed Al-Aqsa Mosque, under heavy protection of the Israeli occupation forces.

It is noteworthy that the Zionists’ incursions into the Al-Aqsa Mosque happen on a daily basis; Except for Friday and Saturday. These incursions also take place during the morning and evening shifts (after the Dhuhr prayer) and for a period of four and a half hours (in total).

The Israeli practices at Al-Aqsa are clearly aimed at imposing a temporal and spatial division and changing the status quo at Al-Aqsa for the worse.