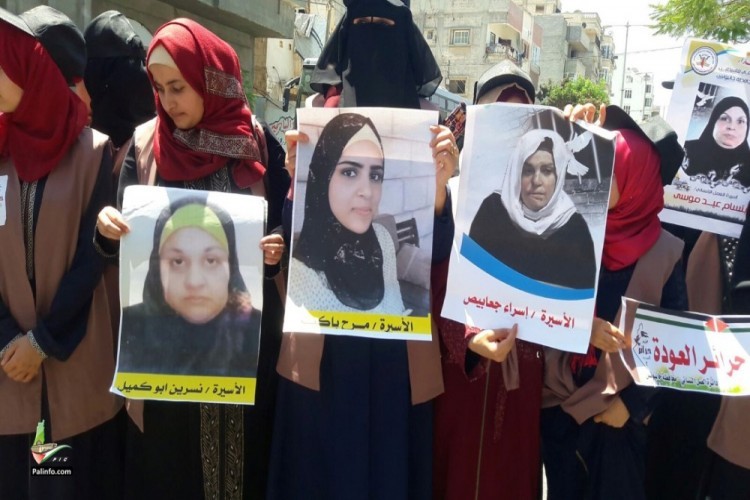 39 female detainees in the Israeli occupation jails are suffering from harsh conditions, in light of the pressures they are subjected to from the "Damon" jail administration, said The Commission of Detainees and Ex-detainees Affairs.

The commission indicated in a report today, Tuesday, that the policies of deprivation and abuse continue against female prisoners, such as the deliberate medical negligence against female patients.

The Commission provided examples of the prisoner (Isra Al-Jaabis, who suffers severe burns and needs surgical intervention to save the rest of her body, Rawan Abu Ziada who suffers from an unknown germ in the digestive system and bone problems, Nisreen Abu Kamil, who suffers from high blood sugar and pressure diseases, and Sumod Abu Zaher who suffers from blood problems, and Anhar Hajja who is pregnant and suffers from pregnancy complications, emaciation, and general weakness in the body.

Among the violations that female prisoners face is also the monitoring of Al-Fura Square in Damon prison with cameras, which violates their privacy and restricts their movement, in addition to the confiscation of books by the occupation forces from the prison library and the denial of visits, the commission added.

The Detainees commission pointed out that the number of female prisoners is currently 39 who are languishing in Damon prison, after the liberation of the female prisoner, Helwa Hamamra, two days ago.