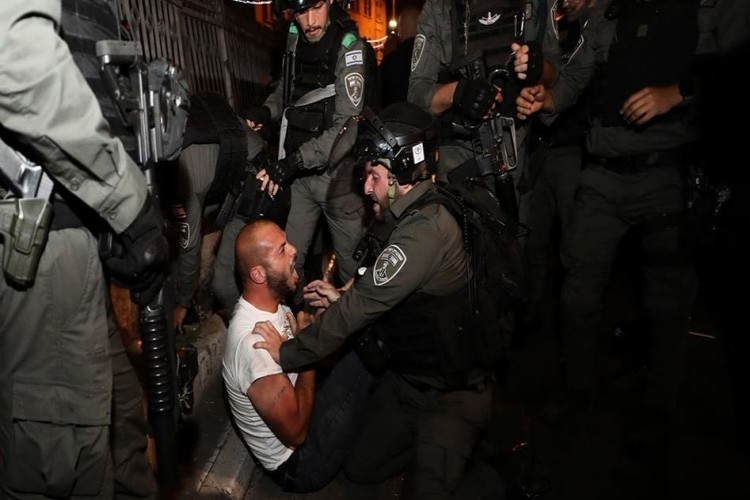 The occupation forces stormed the town of Hizma, and detained the two young men, Ezz El-Din Osama Salah El-Din and Zayed Kanaan El-Khatib, after raiding and searching their families' homes, according to local sources.

They pointed out that confrontations erupted in Hizma, yesterday after the occupation soldiers fired tear gas and stun grenades at citizens' homes.

In Silwan, local sources reported that the occupation forces stormed the middle neighborhood of Silwan and arrested a young man from his home after they severely beat and tased him.