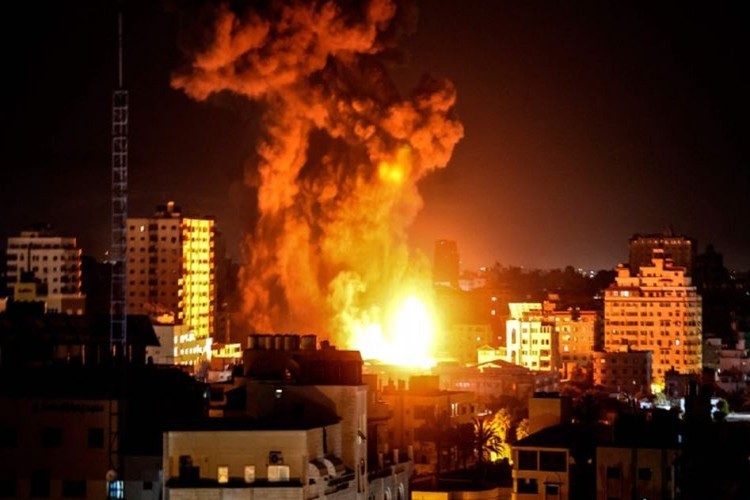 The Israeli occupation aircraft launched, before midnight on Sunday, a series of raids on the Gaza Strip.

The Israeli occupation warplanes launched several attacks on several sites of the Palestinian resistance in the central Gaza Strip. No injuries were reported.

In addition, the Israeli occupation forces declared in a statement that "after assessing the situation, it was decided to reinforce the Gaza border with additional forces."

Thousands of Palestinians participated in the "The Sword of Jerusalem Will Not be Sheathed" festival, east of Gaza, on the 52nd anniversary of the burning of the Al-Aqsa Mosque.

The occupation forces targeted the peaceful demonstrators with live bullets, tear gas, and gas grenades leaving at least 41 civilians injured 2of whom were seriously wounded.