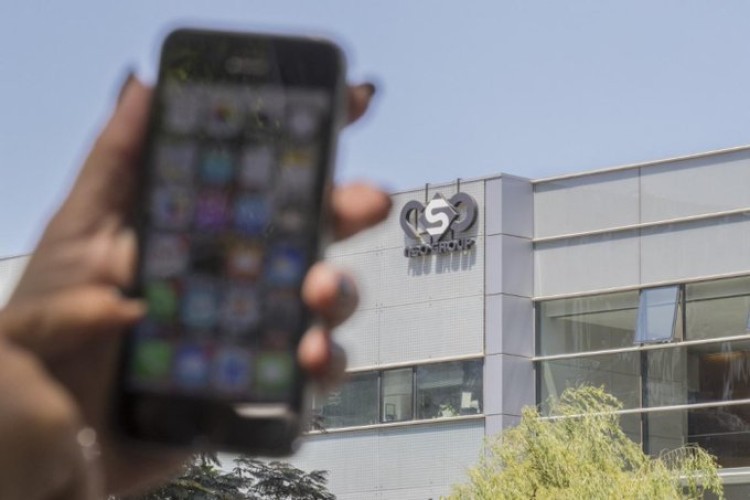 Whether in the occupied West Bank, Gaza or Israel, Palestinians live under a cloud of constant Israeli surveillance. Recent revelations have included the Israeli army’s deployment of Blue Wolf facial recognition technology, which reportedly saw Israeli soldiers incentivized with prizes for taking the most photos of Palestinian civilians, and the installation of NSO Group’s Pegasus spyware on the phones of Palestinian human rights workers.

While these revelations might have shocked the international community, Palestinians have long known that Israel uses the occupied territories as a laboratory for testing invasive surveillance technologies. This allows Israeli firms to market their technologies as “field tested” when they are exported around the world.

In addition to violating Palestinians’ human rights, Israeli surveillance of Palestinian communities has far-reaching consequences for the international community. The lack of accountability, transparency and regulation on the sale and provision of surveillance tools threatens marginalized communities, human rights defenders, academics and journalists worldwide. As like-minded governments look to Israel as a blueprint for surveilling their own citizens, the international community can no longer afford to stand by as the right to privacy is eroded.

Indeed, Israeli surveillance systems have become central to controlling the everyday lives of Palestinians. Since its 1967 occupation, Israel has gradually tightened its control over the information and communications technology sector in the West Bank and Gaza, in defiance of the Oslo Accords, which required Israel to gradually transfer control to Palestinians.

This has resulted in severe violations of Palestinian digital rights, including a tiered system of accessibility in which Israelis enjoy access to 5G, while Palestinians in the occupied West Bank only have access to 3G, and 2G in Gaza.

Israel simultaneously stifles technological advancement for Palestinian communities, while controlling the infrastructure that undergirds the surveillance state. An Israeli military whistleblower recently revealed that Israeli authorities have the ability to listen in on any phone conversation in the occupied West Bank and Gaza - and not only that, any mobile device imported into Gaza via the Kerem Shalom crossing is implanted with an Israeli bug.

Israel’s controversial Unit 8200 uses such surveillance methods to find “pressure points” to turn Palestinians into informants. The Unit often seeks out gay Palestinians, and burdens them with the impossible choice of having their sexuality revealed to their friends and family, which may lead to persecution, or becoming informants and spying on their communities for the Israeli government.

Over the past half-decade, there has been a notable increase and diversification in Israeli surveillance methods. Israel encouraged the tech and security sector to produce algorithms and surveillance tools to sift through Palestinian social media content, and its controversial predictive policing program has seen hundreds of Palestinians arrested on charges of social media incitement since 2015.

The Covid-19 pandemic has exacerbated the situation, as Israel has used the guise of public health to roll out new invasive surveillance measures. Palestinians face severe restrictions on freedom of movement and must apply for travel permits, but in light of the pandemic, Israel last year launched a mobile application to replace in-person permitting services.

While the app was framed as a public health measure, its more insidious intentions are clear in its terms of service, which force users to provide access to the data stored on their phones, such as calls and photos. This becomes more problematic when understanding how important these services are for many Palestinians.

Without proper permits, it can be difficult to find work within the small geographical areas to which many Palestinians are confined. Israel’s pandemic response has thus forced Palestinians to choose between access to a professional livelihood, or maintaining their right to privacy.

At the same time, video surveillance and facial recognition software are a daily reality for Palestinians. In 2000, several hundred closed-circuit television cameras (CCTVs) were installed in the Old City of Jerusalem. In 2015, that system was significantly expanded, and today, facial recognition technology has become so widespread that many Palestinians no longer feel safe in their own homes.

Some CCTVs are positioned in such a way that they can see into private homes, leading some women to resort to sleeping in their hijabs, while other families are reluctant to let their children play outside, as the cameras have stripped away any sense of privacy.

While Israel’s system of surveillance is clearly built on a lack of regard for Palestinians’ basic rights, including their right to privacy, the response from global governments has been slow and ineffective in addressing the issue. The work of civil society organizations and digital rights defenders is thus a vital tool for increasing public pressure on surveillance companies.

In response to mounting pressure, the US recently blacklisted NSO Group and Candiru, saying they “developed and supplied spyware to foreign governments that used these tools to maliciously target government officials, journalists, business people, activists, academics, and embassy workers”. And last year, amid intense public scrutiny, Microsoft announced that it would sell its stake in the Israeli facial recognition company AnyVision.

Yet, this does not go far enough to tackle the systemic issue of entrenched Israeli surveillance systems and the testing of such technology on Palestinians. Governments around the world must push for increased regulation and transparency in how surveillance technologies are developed and deployed, and sanction companies that depend on the exploitation of marginalized communities to test their products.