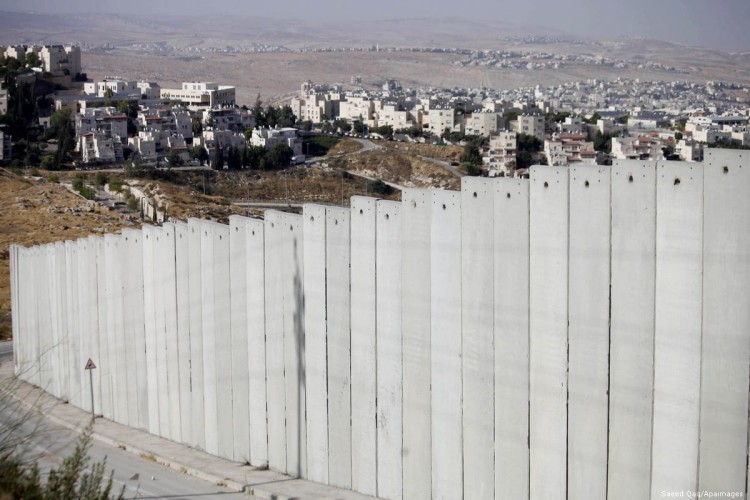 Israel is hiding behind useless 'security' walls yet again

a researcher in Israeli affairs
February 13, 2022

Now, Israeli Prime Minister Naftali Bennett has threatened to build an "iron wall" against Palestinians in the Negev, exposing his inability to confront and contain the resident Bedouin population. Even though the Israeli army and police wanted to appear as the real winners in the suppression of Bedouin protests in the Negev, this show of force took Israel to an important juncture; it was helpless in front of dozens of Bedouins, despite the use of armed force.

It is no secret that Palestinian resistance has inflicted heavy losses on Israel's occupation and made Israeli citizens speak out with their demands. They insist on a separation line between the Palestinians and themselves because the resistance groups have proved their ability to overcome Israelis security measures.

The idea of building a "security" wall was originally proposed by the Israeli left wing, as a means to prevent resistance operations initiated by the Palestinians within the 1949 Armistice ("Green") Line denoting the territory occupied in 1948. The right wing adopted the idea as a means to achieve its ideological aims of expansion and settlement, maintaining control over all Palestinian areas while pretending to leave.

Whereas Israel once bemoaned being surrounded by a wall of enemy states, it has taken to constructing steel and concrete walls within and along its nominal borders (it has never declared where its borders are). Initially modest and built in response to specific incidents, the walls have grown to conform to a certain strategic right-wing vision. The idea was conceived mainly to prevent the infiltration of resistance cadres into the part of Palestine occupied in 1948. The resistance groups have had to find ways around the walls, tunnels, barbed wire, electric fences and security cameras.

Although the Israeli right wing did not like the idea of any wall separating Israel from its expansionist ambitions, public pressure insisted on such security precautions, especially after the Israeli army's operations against the resistance more or less failed. A lot of resistance infrastructure may have been hit, but the determination of the Palestinian fighters has remained strong; they are even more willing to resist and be martyred than before.

The construction of walls around Israel has very important political and security implications related directly to the colonial state's tendency to fall back and hide as it acknowledges that it cannot defeat the resistance militarily. The Israeli walls are a tribute to the persistence of the resistance and an admission of defeat on the part of the Israel "Defense" Forces, despite the weapons at their disposal.

This conclusion has been confirmed by a number of important Israeli government and political figures, who admit that the construction of these walls represents a great victory for the Palestinians, and a symbol of Israel's military defeat. These are not "security" walls per se; they represent withdrawal lines, beyond which the army knows that it does not have total control. The Palestinians cannot possibly hope for more than what they have already accomplished by forcing Israel to close ranks behind concrete walls and barbed wire.

Moreover, some Israelis compare these walls to prisons, locking Jews in rather than locking Palestinians out and, ironically, built by Jews, not their enemies. The new walls not only confine Israel to the 1967 borders, but also mean the loss of the Zionist dream of "Greater Israel", which makes them a disaster for Israel ideologically, with few security benefits. Tens of thousands of illegal Jewish settlers exist "beyond the wall" deep inside the occupied West Bank, prompting many to call it the "wall of illusions".

Israel's own data indicates that most resistance cadres cross the Green Line into the occupation state through the "ordinary" checkpoints and crossings, not across open country where most of the apartheid wall has been built. And walls cannot stop missiles and artillery shells, while tying up thousands of troops required to stand guard. From a security perspective, therefore, the walls are ineffective.

Israeli security circles also realize that the resistance fighters will not continue to use the traditional methods to carry out their operations, but will adopt new ways, including tunnels, fake identity papers and drones. All of this confirms that there are a number of security problems associated with Israel's apartheid, security or separation walls, which makes them obsolete in terms of preventing resistance operations. I believe that they will eventually be torn down, because they are more trouble than they are worth.