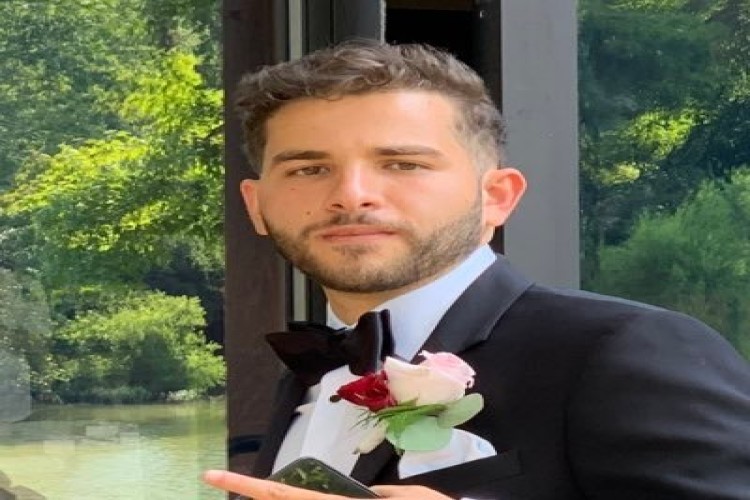 It was Putin's recognition of Donetsk and Luhansk as independent breakaway regions in Eastern Ukraine that paved the way for an all-out Russian invasion of a sovereign Ukraine. Since the beginning of the invasion, we've seen a united global boycott of Russian goods, events and technology. Just last week, Microsoft announced it was halting all new sales of services and products in Russia, condemning the "unjustified, unprovoked and unlawful invasion".

Even the Russian Federation's national sports teams are not immune, with FIFA announcing bans on Russia's football teams from participating in upcoming 2022 FIFA World Cup qualifications. This united effort across governments and international organisations to isolate and boycott Russian institutions is an honourable example of how effective the international community can be against the most repressive and unhinged of authoritarian practices. But why now, and why the double standard?

The plight of Ukrainians in 2022, struggling against a Russian invasion and occupation, serves as a reminder of the Palestinian struggle for statehood, a resistance against the continuous illegal annexation of lands in the West Bank and the blockade of Gaza. Launched in 2005, the Palestinian BDS (boycott, divest, and sanction) movement challenged Israeli apartheid and settler-colonialism, calling for an effective ostracisation of Israeli products and goods.

Inspired by the South African anti-apartheid movement, BDS urges action to pressure Israel to comply with international law. It is precisely this international law and its established norms that prompted the international community to act quickly to isolate Putin's war machine, and rightly so. We must simply demand this level of international outrage when it is Israel that continues its assault and occupation of the Palestinian people and their lands.

Calls to 'BDS' the Russian deep state and its oligarchs have been welcomed and embraced by the international community, including the European Union, NATO and most if not all liberal democracies. But the double standard is grotesque; whereas Palestinian calls for boycotting of Israeli products, in response to the Israeli occupation, are shunned and labelled as anti-Semitic, we observe an overwhelming acceptance of the need for boycott against a Russian occupation. As of March 2022, Russia holds first place in the sanctions hall of shame, ahead of the likes of Iran and North Korea.

How then can Palestinians resist the occupation? Just this month, US Congressman, Lee Zeldin, member of the House Foreign Affairs Committee, was joined by 46 of his House Republican colleagues in introducing the Israel Anti-Boycott Act. This legislation prohibits boycotts or boycott requests imposed by international governmental organisations against Israel.

Further, it affirms Congress' opposition to the Boycott, Divestment and Sanctions (BDS) movement and that "Congress considers the UN Human Rights Council's creation of a database of companies doing business in the West Bank, East Jerusalem and the Golan Heights in March 2016 to be an act of BDS".

Prior, in the summer of 2019, the House passed a bipartisan resolution condemning the movement as one that "promotes principles of collective guilt, mass punishment and group isolation, which are destructive of prospects for progress towards peace." And it does not stop at the Federal level. 27 US states have adopted laws or policies that penalise businesses, organisations, or individuals that engage in, or call for, boycotts against Israel. Many of these states' legislation target companies that refuse to do business in Israeli settlements.

The double standard is multi-layered; firstly, the valuation or importance of one occupied peoples over another is telling. Unlike Palestinians, Ukrainians are a people worth defending because their enemy is a shared one, a rival on the world stage and a hegemonic presence in the East. Moreover, the Palestinian is deemed a third-world, Arab, non-white customary victim. The Ukrainian is a white, sovereign and European victim of a common enemy.

We also observe a circumstance-dependent set of values; the US is against occupation, if – and only if – the occupier is a threat to US national security. If the occupier is a close ally, liberal values are secondary. Recognised by the UN, the Israeli occupation spans over 8 decades. One administration after another has continuously defended Israel as a 'stand-alone' democracy in the Middle East, even as its abysmal human rights record against Palestinians worsens. But the international consensus – including in the UN – on the occupation is clear: Israel's occupation in the West Bank, including East Jerusalem and the Gaza Strip, are against international law.

Lastly, the same claims Congress made against the Palestinian BDS movement, that it promotes principles of collective guilt and mass punishment on the Israeli people, are implemented on Russians as a result of the Putin regime's occupation. In mid-March, the value of the Russian ruble fell to near historic lows, trading at 139 rubles to the US dollar.

From Ukraine to Palestine, we must resolve to treat occupation in a systematic manner, encouraging acts of boycott and sanctioning to encourage the application of international law. Otherwise, the boycotting double standard will continue.