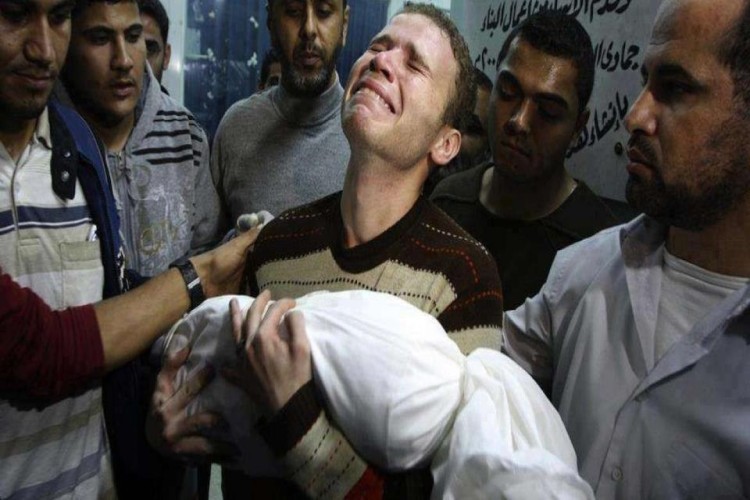 a staff writer at the Middle East Monitor
September 07, 2022

Just one day before the end of her tenure as UN High Commissioner for Human Rights, Michelle Bachelet called on the Israeli government to meet its international obligations, not least towards her staff. Bachelet made her comment in a press release that condemned Israel's failure to grant visas for UN Human Rights staff, despite their office operating in the occupied Palestinian territory for 26 years. "Israel [as a UN member state] must cooperate in good faith with the UN and grant its officials the privileges and immunities necessary for them to independently exercise their functions," she insisted.

The now former UN official described Israel's failure to process visa applications as "inconsistent" with international standards, and called on the Israeli government "to meet its international obligations in this regard." She said that Israel's treatment of her staff "is part of a wider and worrying trend to block human rights access to the occupied Palestinian territory."

The Israeli occupation state was angered by Bachelet's remarks. "It is of little surprise that Michelle Bachelet is using her last hours in office to once again attack Israel and yet remain silent on the most serious human rights situations around the world," said Israel's mission to the UN. Israeli officials claimed that the UN human rights office has a "bias against Israel" and that its reports on Israel are "unbalanced and prejudiced." They also claimed that Bachelet's words "are nothing more than a blatant attempt to rewrite the history and legacy of her time in the role of High Commissioner."

Israel is not a voting member of the UNHRC, and this is not the first time that it has expressed its anger at the High Commissioner for Human Rights. The UNHRC has investigated and condemned Israeli crimes against the Palestinians multiple times. Israel's crimes are the problem; not Bachelet or her staff.

Four months ago, the UNHRC approved four resolutions related to Israeli crimes against the Palestinians, prompting Israel's envoy to UN institutions in Geneva, Meirav Eilon-Shahar, to take aim at the council. Shahar claimed that the council is an "echo chamber of fantasy and hatred against Israel." The Jerusalem Post reported her as saying: "The problem with this echo chamber is that no reality comes in but certainly the hatred seeps out."

This, of course, is nonsense. Such allegations are intended solely to divert attention from the real problem — Israel's crimes against the people of occupied Palestine — and discredit those who expose them to the world.

The occupation state has form in this regard. It was also angry with Bachelet's predecessor, Prince Ra'ad Al-Hussein, who criticised the Israeli occupation forces for "the use of lethal force against unarmed demonstrators" in Gaza in 2018. "Warnings by the United Nations and others have seemingly gone unheeded," he pointed out. "Israel's failure to consistently prosecute violations committed by members of its security forces, encourages them to use deadly force against their fellow unarmed human beings, even when they present no threat."

As usual, Israel does not want to see anyone disclosing its crimes against the Palestinians or even criticising them. Its then Ambassador to the United Nations, Danny Danon, commented on Al-Hussein's words by saying: "This statement proves once again that the High Commissioner is not focused on human rights, but only with obsessively criticising Israel."

The prince was accused of "anti-Semitism", an allegation used frequently against those who dare to criticise Israel's blatant violations of international law. "I think we have been fair with everyone and firm with everyone," responded Al-Hussein. "The suggestion that I am an anti-Semite and my office is, I find it really disgusting."

Was there a problem with Al-Hussein because he is an Arab or Muslim? There could not have been, because his predecessor, Navi Pillay, also accused Israel of "deliberate defiance" of its obligations under international law as it targeted innocent Palestinians and civil facilities during its 51-day offensive against the Gaza Strip in 2014.

Pillay said that Israel had "repeatedly ignored" calls to respect the laws of war, referring to the Israeli offensives on the besieged coastal enclave. "The same pattern of attacks is occurring now on homes, schools, hospitals and UN premises," she said. "None of this appears to me to be accidental."

In November 2017 Pillay noted that, "Apartheid is now being declared a crime against humanity in the Rome Statute, and it means the enforced segregation of people on racial lines, and that is what is happening in Israel." This has since been confirmed independently by Amnesty International, Human Rights Watch (HRW) and B'Tselem, among others.

For her clear stance in highlighting Israeli crimes, Pillay was subject to smear campaigns. A petition launched by pro-Israel UN Watch was sent to US Secretary of State Antony Blinken. "Navi Pillay embodies the injustice of the UN and its human rights council when it comes to the selective treatment of the Jewish state," was the claim.

Israel does not have problems solely with the UN High Commissioners for Human Rights or the UNHRC, but with everyone who criticises it and exposes its crimes against the Palestinians. It has a problem with the Special Rapporteurs on the situation of human rights in the Palestinian territories occupied since 1967 assigned by the UNHRC, as well as regional and international rights groups like HRW and Amnesty, who do the same job, and even B'Tselem.

The Israelis will continue antagonising human rights groups as long as their state disregards human rights and treats international laws and conventions with contempt. Until then, the world will watch them wailing at every international opportunity, claiming that they are victims in their effort to cover up the fact that Israel is, in reality, a brutal occupation state which kills Palestinian men, women and children with impunity.

This article first appeared in MEMO