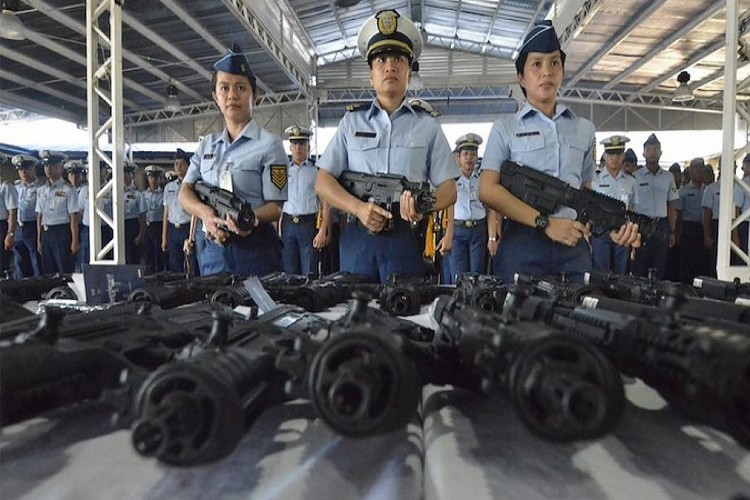 The Middle East region, battered by wars and adjoining humanitarian crises that have left millions of people stateless, hungry and diseased, is in urgent need for peace, security, and reconstruction. Thanks to the US, Russian, French, Israeli and other weapons manufacturers, however, it is now the dumping ground for military hardware, an ominous sign for the years ahead.

Data released by the Stockholm International Peace Research Institute (SIPRI) on March 9, paints a grim picture of the world, in general, and the Middle East, in particular. According to the report, the demand for weapons in the warring region has increased by a whopping 61% between 2015 and 2019.

The correlation between arms, war, and casualty count needs no elaborate algorithm to be deciphered, as facts on the ground amply demonstrate. Syria remains the epicenter of conflict in the Middle East, with Libya, Yemen, Iraq, Palestine, and South Sudan trailing, but not far behind.

The top five merchants of death, according to SIPRI, are the United States, Russia, France, Germany, and China. Interestingly, while US arms exports have increased exponentially by 76% in the last five years, Russia’s arms exports fell by 18%.

The US market is in constant expansion as it now includes 96 client countries, while Russia has, essentially, lost one of its most significant clients, India.

In 2017, Israel’s arms exports reached a record high of $9 billion dollars, following the signing of a $2 billion deal with India. The contracts awarded to the Israel Aerospace Industries (IAI) were considered the “single largest deal ever signed by the Israeli arms industry.”

With India becoming the largest importer of Israeli arms in the world, Israel is now a secondary party in the protracted conflict between India and Pakistan. The two nuclear-armed countries edged closer to the abyss of a full-blown war in March 2019. Naturally, Israeli weapons, now featured prominently in India’s military arsenal, will play a major role in sustaining any future conflict.

According to the newly-released data, Israel is only second to South Korea in terms of the vast expansion of weapons exports, as Israel’s weapons manufacturing industry has experienced an unprecedented boom in recent years. SIPRI puts that increase at 77%.

Last year, the International Defense Cooperation Directorate of the Israeli Ministry of Defense (SIBAT), which is the cornerstone of Israel’s weapon manufacturing, testing, and export, released a comprehensive plan aimed at the expansion of Israel’s global weapons market, with due focus on the US, Finland, and India.

What makes Israeli weapons more attractive than others is the fact that they are not accompanied by any political price tag. In other words, Israel is willing to sell weapons to any country, or even non-state actors, openly or secretly, regardless of how these weapons are used and whether their use violates human rights or not.

In May 2019, Amnesty International’s Israeli chapter released an in-depth report that examined Israel’s weapons export markets. Contrary to the claim by Rachel Chen, head of the Israeli Defense Export Controls Agency, that “we will carefully examine the state of human rights in each country before approving export licenses for selling them weapons,” Israel is known for peddling its weapons to the world’s most notorious human rights violators. The list includes Myanmar, Philippines, South Sudan, and Sri Lanka.

A damning proof to the above claim is a statement made by Philippines President, Rodrigo Duterte, who is known for his dismal human rights record, on September 4, 2018, during his highly-touted visit to Israel. Duterte told Israeli President, Reuven Rivlin, that the Philippines “would henceforth only buy weapons from Israel due to its lack of restrictions,” ‘Times of Israel’ reported.

The US is “a good friend,” Duterte said, but like Germany and China, US weapons come with certain “limitations”.

Considering that Washington provides Israel with over $3 billion worth of weapons annually that are used freely against occupied Palestinians and other Arab nations with no regard whatsoever for international or humanitarian law, one has to marvel at Duterte’s statement.

It is logical to assume that a country that sells weapons to civil war-torn and extremely impoverished South Sudan, has not an iota of regulations, let alone moral standards.

What is unique about the export of Israel’s weapons and so-called ‘security technology’ to the rest of the world, is that they often appear in regions where people are most oppressed and vulnerable. For example, Israeli companies have for years stood at the forefront of successive US administrations’ war on undocumented immigrants.

Moreover, recent years have witnessed the infusion of brutal Israeli military tactics in many aspects of American society, including the militarization of American police, thousands of whom received training in Israel.

Similarly, in 2018, Israeli war technology was incorporated into the European Union’s security apparatus. One such contract was awarded to the Israeli company Elbit, estimated at $68 million, to provide maritime unmanned aircraft system (UAS) services. This technology, which relies on the Hermes 900 Maritime Patrol system, allows Frontex – the European Border and Coast Guard Agency – to intercept war refugees and migrants in their attempts to cross into safer European territories.

Interestingly, the EU has purchased from Israel the same deadly technology that the Israeli army has used against Palestinians in the besieged Gaza Strip during Israel’s so-called ‘Protective Edge’ war of 2014.

The latter fact represents the backbone of Israel’s marketing strategy. Branding its military products as ‘combat-proven’, Tel Aviv is able to obtain top dollar for its bloody technology, as it is able to demonstrate, using actual footage, how its armed drones, for example, can flatten whole Palestinian neighborhoods in seconds and return safely to their bases inside Israel.

Far greater focus should be placed on the fact that Israel is, itself, a notorious human rights violator that should be held accountable for its crimes against Palestinians, who are often used as guinea pigs in the testing stage of Israel’s technology of death.

The views expressed in this article are the author's own and do not necessarily reflect Al Qassam Brigades' editorial policy.