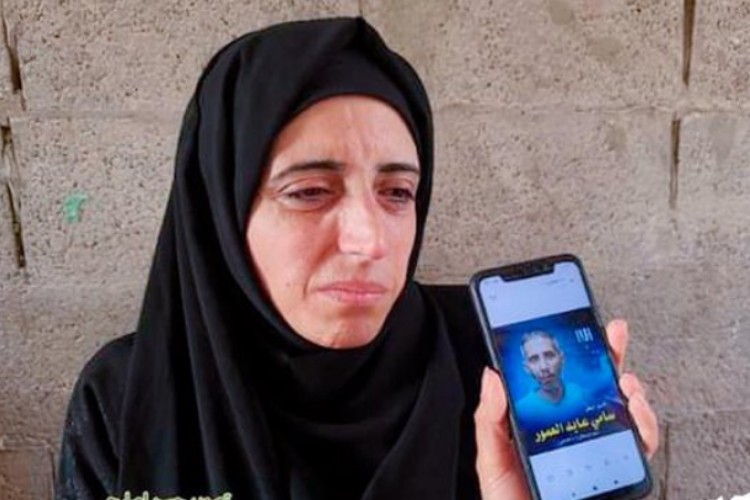 Almost every day, Zubaida Muatan talks to her husband’s doctors about his condition. Abdul Baset Muatan, a 49-year-old prisoner from the city of Ramallah, has suffered from colon cancer for a few years. He was supposed to undergo surgery, but Israeli forces detained him on July 21, 2022, and this interrupted the treatment.

Over 600 Palestinian prisoners suffer from different kinds of diseases. 126 of them suffer from chronic diseases, including 26 who have been diagnosed with cancer, according to the Prisoners’ Affair Authority.

Unfortunately, many cancer-stricken patients have already lost their lives in Israeli jails throughout the years.

Nasser Abu Hamid’s Death
It was a very sad day when, on December 20, the Israeli hospital Asaf Harofeih announced the death of cancer-stricken Palestinian detainee Naser Abu Hamid, who had been diagnosed with lung cancer almost a year ago. Abu Hamid’s family says that he was a victim of Israel’s policy of medical negligence.

When she heard the news of Abu Hamid’s death, Muatan’s wife, Zubaida, felt helpless. She fears that her husband will suffer the same fate if the Israeli prison administration keeps neglecting his medical condition.

“He has suffered from cancer for several years and was undergoing treatment, but everything suddenly stopped since he was detained in July,” said Zubaida.

Despite the atrocious pain he suffers, his lawyer said that Israeli authorities decided to hold him under administrative detention without charge or trial.

“My husband was detained many times,” Zubaida told me. “The last one was for six months, and after only three months from his release, the Israeli occupation forces arrested him again, despite the fact that we told Israeli soldiers that he was sick.”

The Infamous Al-Ramleh Clinic
Muatan is currently detained in the infamous Al-Ramleh clinic prison, with many other sick Palestinian detainees. Their families accused the Israeli Prison Administration of medical negligence in spite of their difficult health conditions.

In Al-Ramleh, there are four rooms and it can only accommodate 19 prisoners. It is completely isolated from the outside world and the medical treatment is insufficient, according to the prisoners.

Despite him being diagnosed with cancer, Israeli authorities ignore Muatan’s need for treatment. His wife says that so far he hasn’t received any kind of treatment and his family fears that cancer could rapidly spread to other organs.

A rapid spread of cancer and metastases has been noticed among Palestinian prisoners. Human rights organizations explain that there are several reasons behind this issue.

“Israel plants jammers and other monitoring devices in all prisons. These devices have proved to be harmful to prisoners’ health,” said Amani Alsarahneh, the spokesperson of the Palestinian human rights association Nadi Alaseer.

“We demanded many times to remove them but Israel did not respond,” Alsarahneh added.

Not Only Cancer
Aside from cancer, the bad living conditions in Israeli prisons are conducive to the spread of various diseases. Prisoners only eat canned food, their cells lack hygiene and the prisons are overcrowded.

In many cases, Palestinian prisoners do not declare that they are sick, because of the long procedures to receive treatment and the deliberate policy of medical negligence implemented by Israeli authorities.

Additionally, Israel regularly denies prisoners the right to be transported to hospitals or medical institutions under the pretext of overcrowding.

A Cry for Help
Last year, Sami al-Amour, a 39-year-old prisoner from the besieged Gaza Strip, had suffered from chest pain for several days. When the pain became unbearable, he told the Israeli guards who ignored his request for a medical examination.

The pain increased and al-Amour fell in his cell crying for help. After 30 minutes, the Israeli guards transferred him to what he thought was a hospital. In actuality, it was just another so-called ‘waiting prison’ where he was held under the pretext that they needed to produce his file for the hospital.

Al-Amour remained for two hours, in incredible pain. He repeatedly called for help without receiving any response.

He died while waiting for his file to be ready.

Al-Amour’s body is still being held in an Israeli morgue along with ten other bodies of Palestinian detainees who were also victims of medical negligence.

An Al Jazeera columnist based in Toronto.