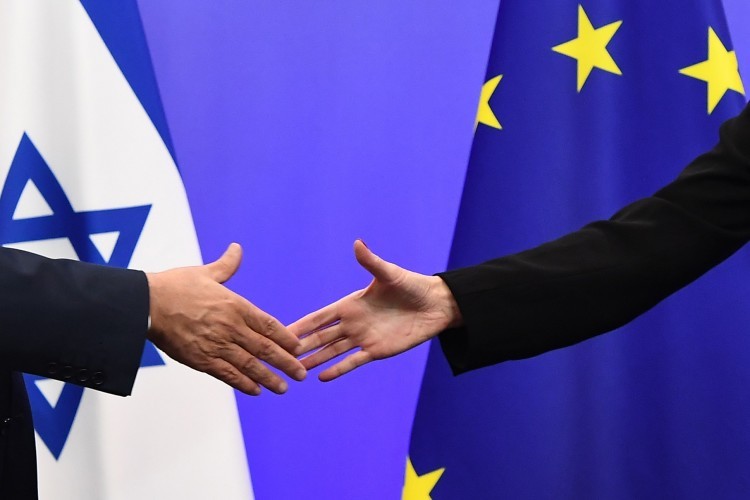 Many people object when first learning that Israel participates in the Eurovision Song Contest.

Why is such an obscenely violent and racist human rights-abusing regime allowed to participate in an international competition like that? And Israel isn't even in Europe, it's in Asia.

Of course, I agree with the first point. Israel should certainly be boycotted and expelled from such competitions until it ends its crimes against Palestinians and its occupation of Syrian and Lebanese land.

Technically, the second point is correct, too. But the reality is that Israel is, in essence, a European settler-colony in the heart of the Arab world. Australia, too, is in the Eurovision Song Contest – another white, European settler-colony, one which is even geographically further away from Europe than Israel.

Zionism's founder Theodor Herzl was quite explicit on this point: the Zionist state in Palestine would be a European colonial phenomenon. At the time, Palestine was under the control of the Ottoman Empire. In The Jewish State, Herzl wrote: "If His Majesty the Sultan were to give us Palestine… we should there form a portion of a rampart of Europe against Asia, an outpost of civilization as opposed to barbarism."

This supposed Asian "barbarism" that European Zionism was established to struggle against was not explained in Herzl's short booklet. But there is a clue later in the same paragraph, in which he hints that he considers (European) Christianity to be a superior religion to that of the majority of the people who actually lived (and live) in Palestine: Islam. In the future Jewish state in Palestine, he wrote: "The sanctuaries of Christendom would be safeguarded by assigning to them an extra-territorial status such as is well-known to the law of nations. We should form a guard of honor about these sanctuaries, answering for the fulfillment of this duty with our existence."

Such outmoded colonial and racist terms are still very much the same ones with which Israel defines itself today: an outpost of "civilization" among the "barbarous" Arabs in the Middle East. Israel is a European entity because settler-colonialism is a European phenomenon.

Ironically, of course, Judaism is not a European but an Asian religion in its origins, just as Christianity was also founded in Palestine. Herzl was conceiving Jewishness as European because Jews in Europe are mostly European Jews. They descended from converts to Judaism.

Today, most Zionist fanatics who arrive to settle in occupied Palestine under Israel's racist laws still come from Europe or the US (which is, of course, another European settler-colony).

Far more successful than Herzl's failed appeal to the Ottoman Sultan to hand Palestine over to Zionist settler-colonialism was his appeal to British imperialism.

He wrote to infamous British imperialist Cecil Rhodes, shortly after the latter had colonized the land of the Shona people in Africa, stealing the land and renaming it Rhodesia, after himself. The later state of Rhodesia would prove to be probably the worst and most savage of the apartheid regimes established by Europe in Africa until it was liberated and renamed Zimbabwe in 1979.

In his letter to Rhodes, Herzl expressed: "You are being invited to help make history. It doesn't involve Africa, but a piece of Asia Minor; not Englishmen but Jews… How, then, do I happen to turn to you since this is an out-of-the-way matter for you? How indeed? Because it is something colonial. You, Mr. Rhodes, are a visionary politician or a practical visionary… I want you to… put the stamp of your authority on the Zionist plan."

Although Herzl didn't live to see it, the movement's appeal to British imperialism was fulfilled in 1917, when the British government declared its intention to hand the country over to the Zionist movement, against the wishes of its native population. This was known as the Balfour Declaration.

Herzl had promised in his booklet The Jewish State that the Zionist entity would: "Remain in contact with all Europe, which would have to guarantee our existence."

With the Balfour Declaration, the leading European colonial power was indeed guaranteeing the existence of the Zionist settler-colony. Today, things are a little different – except that the US has inherited the mantle of the leading imperial power in the world.

But Europe itself still plays a prominent role in guaranteeing the existence of the violently racist settler-colonial regime that occupies Palestine.

The European Union, for example, hands over millions in scientific research grants to help boost the profits of Israeli arms firms. My colleague at The Electronic Intifada David Cronin even revealed this week that discussions had been held on possible future cooperation with Israel's nuclear industry.

With such powerful forces aligned against the Palestinians, it is up to Europe's peoples to campaign and struggle, to ensure that our governments end our states' support for Israeli apartheid.