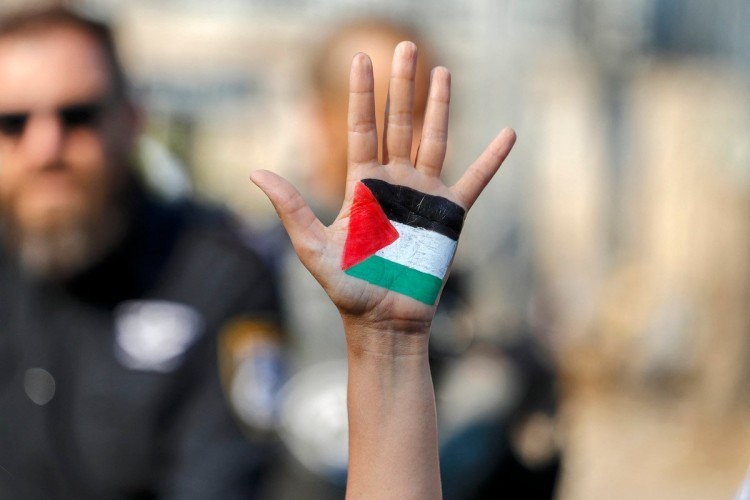 A new Palestinian generation is leading a different media strategy

Among the most important outcomes of the events in the Sheikh Jarrah neighborhood in occupied Jerusalem, and the subsequent Israeli attack on the Gaza Strip, is the emergence of a new, unconventional Palestinian generation, which led the media battle against the occupation locally and internationally. They paved the way for a different media strategy, characterized by bold discourse and proposals, and calling things what they are really instead of being cautious about using accurate terminology related to the conflict. This generation succeeded in restoring the spirit of the Palestinian cause and placing it on the international agenda once more, after it had been stagnant for many years and replaced by other regional issues, such as the Iranian nuclear program, the Arab revolutions and the normalization agreements between Israel and Arab countries.

The beginnings of this strategy can be found in the events in Sheikh Jarrah, where residents still face ethnic cleansing for the benefit of illegal Israeli settlers. Dozens of young Palestinians, most of them in their twenties, gathered in solidarity tents with the neighborhood's residents, but there was little media coverage of the attacks against them by settlers and Israeli police. Even worse, there was no official Palestinian position made known on the issue.

So this new generation took matters into their own hands and bombarded social media with photographs and live broadcasts from the heart of events on the ground. Their posts went viral around the world. Mainstream media organizations, which usually give Israel a sympathetic hearing, were forced to take notice of what was happening in Sheikh Jarrah, and let activists tell their version of events.

Twins Muhammad and Mona El-Kurd, for example, were in the vanguard of this generation of Palestinian influencers on social media. In record time, they attracted thousands of followers. They have organized support and advocacy for their neighborhood of Sheikh Jarrah, and their message has reached a global audience. In her recent graduation speech at Birzeit University, Mona El-Kurd spoke about the new era that she and her brother, along with other activists, have initiated on social media, making Palestinian voices heard despite the censorship that Palestinian content is subjected to by site administrators under Israeli pressure to ensure that the Zionist narrative remains dominant.

A major part of the success of Mona, Muhammad and dozens of other activists has been to use English and other international languages for their social media posts. This has helped to raise awareness in the West, where support for the occupation state has long been the norm. Several recent opinion polls have suggested that Israel's image has been damaged, which is evidence of the Palestinian success in tipping the balance in favor of their cause.

Moreover, Western TV channels generally assumed to be biased towards Israel have had little choice but to host Palestinian activists if they want to be relevant and maintain their place in the ratings. Muhammad El-Kurd has stood out in this field with his fluency in English and use of legal terms appropriate to the conflict. He has not been shy about describing Israel's occupation as "colonialism", for example, and he has challenged long-held editorial lines. In more than one press interview, El-Kurd corrected the presenters' questions that were biased towards Israel, and forced them to refer to events as they were, without misleading terminology or discrimination.

In the absence of official Palestinian voices, therefore, this generation has managed the media discourse, becoming quasi-official spokespersons in the process. They have achieved in a few weeks what Palestinian officials have failed to do in decades. There needs to be some serious reflection about this, so that the Palestinian media discourse, especially that directed at the West, can be developed and become more effective based on the rights of the Palestinian people; to be more proactive rather than reactive, which achieves little and does not satisfy anyone.

This is essential in order to counter Israeli propaganda — hasbara —based on a misleading media discourse directed at changing Arab and Western public opinion. For many years, Israel has been successful in persuading the Western world of the veracity of its distorted narrative through well-funded media and lobby groups.

The Palestinians, meanwhile, have lacked a serious and insightful media strategy. Although the emergence of social action and human rights movements, such as the boycott, divestment and sanctions (BDS) movement, has seen the focus shift to condemnation of the occupation and exposure of its racist policies towards the Palestinians, such movements have been demonized by Israel and its Arab supporters in the mainstream media. Allegations of anti-Semitism have been weaponized in the process, as any activist accused of such racism knows all too well.

However, the events in Jerusalem and Gaza have proved that the Palestinians can turn social and mainstream media to their advantage, despite Israel's attempts to portray what is happening in Sheikh Jarrah as a mere real estate dispute between equal parties. The new Palestinian media savvy activists have excelled in managing the battle. Nobody can believe the real estate claim when Israeli police are beating and arresting local people standing in defense of their homes, as well as the solidarity activists standing alongside them. Likewise in the Israeli offensive against the Palestinians in the besieged Gaza Strip. Activists' live coverage on social media exposed Israeli crimes against children and women.

This new Palestinian generation is helping to unite the people of occupied Palestine against Israel's brutal settler-colonial occupation, and generating global support for their cause. This is just the beginning, though. The Palestinians need to continue to develop their social media presence and discourse, especially that directed towards the West. The battle against the occupation is ongoing, and the Palestinian cause needs ongoing global support. This different media strategy has been shown to be effective. It must continue, therefore, even when the mainstream media turns away to another "more newsworthy" issue.

There is no precedent in modern history in which a people consented to the theft of their homeland without resisting. The people of Palestine have demonstrated for 73 years that they are no exception.

The US gives $3.8 billion in aid each year to Israel primarily for military assistance that, among other things, supports Israel’s oppression of Palestinians and the occupation of Palestinian land.

Writer, commentator on the Middle East