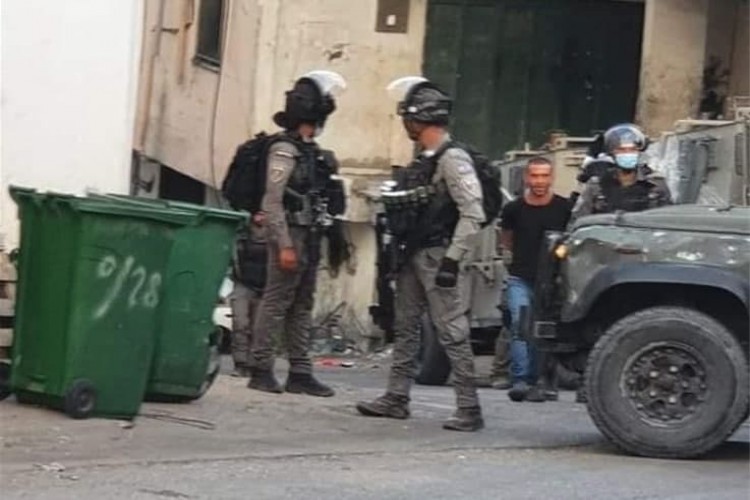 WEST BANK, Wednesday, Sept 8 - The occupation forces detained at dawn today, a number of the relatives of the detainees who managed to break free from the "Israeli" Gilboa jail, two days ago, and wrested their freedom, while thorough searches continued throughout the dawn time in Jenin.

They also stormed the town of Ya'bad, southwest of Jenin, surrounded the house of Ya'qub Nfi’at, Munadel Nfi’at’s father, searched his house, and arrested him.

20 patrols broke into the town of Arraba, south of Jenin, this morning, and raided several houses, one of which is the Mahmoud A’reda’s family house, and arrested his freed brother, Raddad, who had spent 20 years in the occupation jails. They also raided the detainee Muhammad A’reda’s family house and arrested his brother, Bassem, and the medical Dr. Nidal A’rda as well, local sources reported.

Throughout the early hours of the day, hundreds of occupation soldiers continued their thorough search campaigns in the towns and villages of Anin, Al-Taybeh, and Al-Arqa, west of Jenin. The occupation forces also launched other thorough search campaigns in the southwest of Jenin, starting from the town of Barta'a to Ya'bad, Umm Dar and Dahr al-Abed, in search of the six Palestinian detainees who managed to break free from Gilboa high-security jail.

Later on, local sources reported that Shaddad, Mahmoud A’rda’s brother, had been arrested from his workplace in the town of Barta'a.

On Monday morning, six Palestinian detainees have wrested freedom from the high-security Gilboa jail near Bisan, northern occupied Palestine in 1948, through a tunnel.