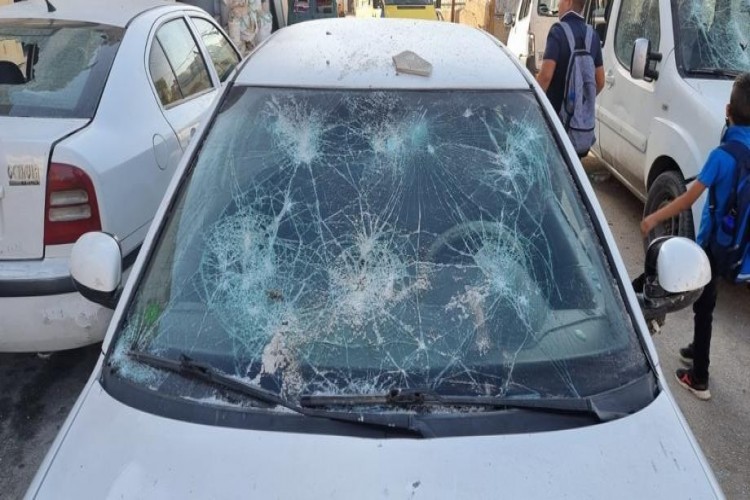 WEST BANK, Sept 9 - Last night, a group of settlers smashed several vehicles belonging to Palestinian citizens in the Jaber neighborhood in the old city of Al-Khalil in the West Bank.

A group of "Kiryat Arba" settlers smashed cars of citizens in the Jaber neighborhood, and attacked their homes and properties, local sources reported.

The citizens tried to prevent the settlers from tampering with their properties, but the occupation forces fired sound and gas bombs at them to protect the settlers, the sources added.

Palestinian citizens have been daily experiencing the policies pursued by the occupation forces at the military checkpoints heavily deployed in the city.

The occupation government and the settlement groups are racing against time to seize the largest amount of land possible, establish more settlements, and build roads.

Since occupying Al-Khalil in 1967, and establishing the “Kiryat Arba” settlement, the occupation has sought to turn the old city in Hebron into a settlement, helped by the Oslo agreement dividing the city into two parts, which put Hebron and the Ibrahimi Mosque completely under the occupation’s control.

The city of Hebron suffers from the presence of more than fifty outposts in which about thirty thousand settlers live, working to strengthen the comprehensive grip on the city.

The occupation committed 2,063 violations during August, most notably the killing of (8) Palestinians, including a child, by the bullets of the occupation and its settlers, Hamas media office in the West Bank reported.

(53) settler attacks, and (26) settlement activities ranging from confiscation and lands’ bulldozing, building roads, and approving the construction of settlement units have also been reported.