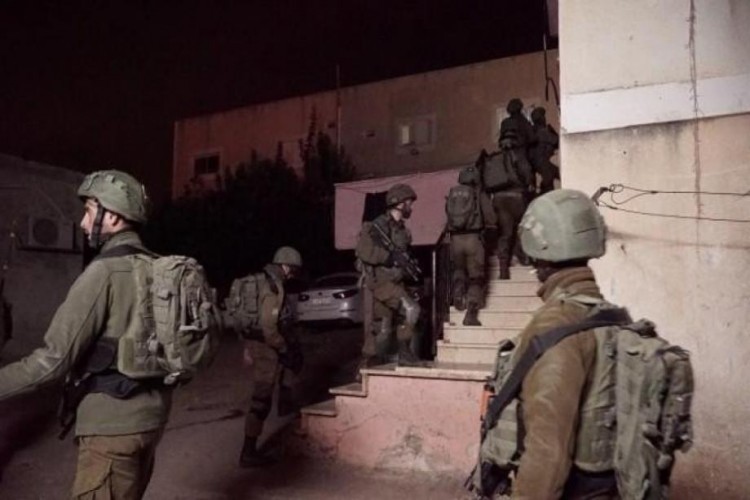 The occupation detain relatives of Gilboa prison breakers in Jenin

WEST BANK - The occupation forces detained five of the relatives of the Palestinian heroes who managed to break free from the Gilboa high-security jail after breaking into their homes in the towns of Arraba and Bir al-Basha, south of Jenin, Friday, Sept 10, 2021.

A large force of the occupation stormed the town of Arraba, which witnessed violent confrontations where they raided and searched the Palestinians’ houses, tampered with their contents, and detained Basma A’rda, Raed A’rda, and Muhammad A’rda, the siblings of Mahmoud A’rda, one of the 6 detainees who wrested their freedom from Gilboa jail, relatives of the ex-detainees and Muntasir Sammour, director of the Prisoners’ Club in Jenin said.

In addition, the occupation forces deployed an infantry division between the olive groves in the vicinity of Ya'bad town, west of Jenin, who detained citizens, interrogated them, and checked their identities.

On Monday morning, six Palestinian detainees have wrested freedom through a tunnel out of the high-security jail of Gilboa near Bisan, northern occupied Palestine in 1948.