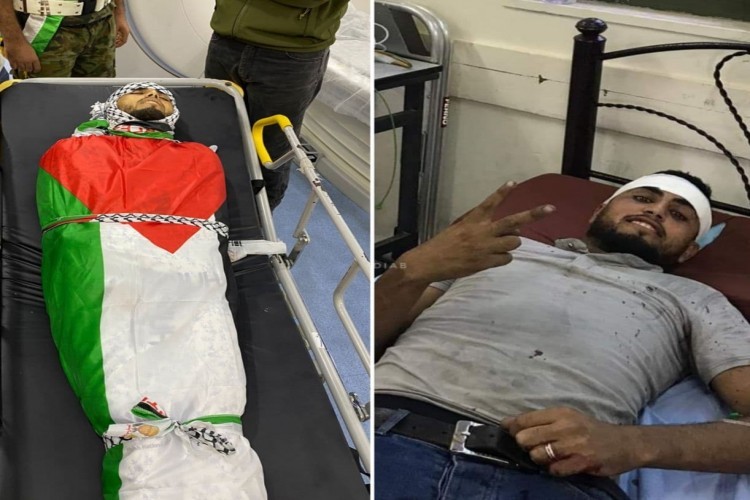 Palestinian succumbs to head injury by the occupation, south Nablus

WEST BANK, Today, Friday, Sept 24 - A Palestinian young man has been martyred and dozens injured as the Israeli occupation forces quelled a peaceful march that headed towards Mount Sbaih in the town of Beita, south of Nablus, in refusal to establishing a settlement outpost on the top of the mountain, Palestinian medical sources announced

The young man, Mohammed Khabesa, 28, passed away of his head wounds after the occupation opened fire directly at him, during the confrontations in the town of Beita, south of Nablus. He was taken to An-Najah Hospital in critical condition and was announced dead later on, the sources added.

The Palestinian Red Crescent stated that its crews treated 38 injured Palestinians in Beta, 8 of them with live bullets, 18 with tear gas.

It is reported that Mohammed was injured with metal bullets by the occupation forces weeks ago.

Confrontations have been taking place between the Palestinian young men and the occupation forces in the eastern and western areas of Mount Sbaih, local sources reported.