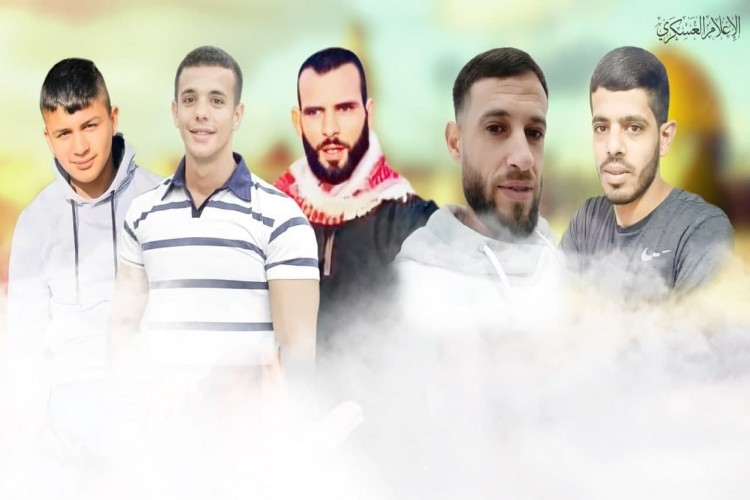 WEST BANK & OCCUPIED JERUSALEM, Sept 26 - Five Palestinian freedom fighters have been martyred at dawn today, Sunday, by the Israeli occupation forces, during a large-scale detention campaign in the West Bank and occupied Jerusalem.

The Israeli occupation forces have shot dead three Palestinian young men, in the early hours of Sunday morning, and detained 3 others after violent confrontations in the town of Beit Anan, northwest of the occupied city of Jerusalem, local sources reported.

The three martyrs were identified as Ahmad Zahran, Mahmoud Hmeidan, and Zakaria Badwan.

The occupation forces cordoned off an uninhabited hut on the outskirts of the town, and gunfire exchange was heard in the area, the sources added.

The occupation forces sealed off Beit Anan town, and prevented entry or exit, while unmanned aircraft were seen flying over the area amid thorough searching, sources pointed out.

In Jenin, a Palestinian young man, identified as Osama Soboh, and the teen, Yousef Soboh, 16, were shot dead and 8 others injured by the occupation forces.

Local sources said that the occupation forces kidnapped a seriously-injured Palestinian teen, who succumbed to his wounds and was identified as Yousef Soboh, hours after dozens of soldiers cordoned off and sabotaged the house of Mohammed Al-Zareini in Burqin town, and arrested him, in the northern West Bank.

An eyewitness said that the occupation soldiers injured and dragged a Palestinian from the area paying no attention to his health condition.