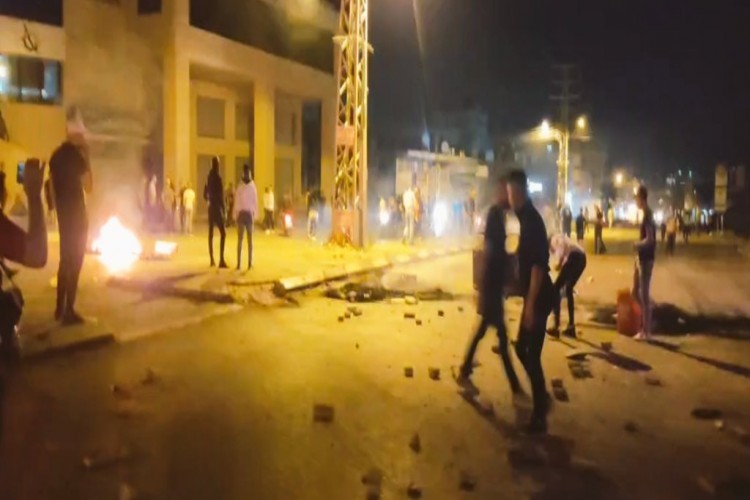 Clashes between Palestinians and the Occupation forces in Nablus

WEST BANK, Sept 27 - Clashes erupted, at predawn today, Monday, during which Palestinian young men exchanged fire with the occupation forces after they and about 500 settlers stormed in the Joseph's Tomb area in the city of Nablus.

During the clashes, one of the occupation soldiers was injured with a hand-made bomb, and another was hit with a stone, and an armored military vehicle was damaged.

The occupation forces stormed in the eastern region of Nablus accompanied by more than 30 military vehicles, including a bulldozer, in preparation for the settlers' storming of Joseph's Tomb on the pretext of performing their Talmudic rituals and celebrating their “religious holidays”, local sources said.

These confrontations come, a day after the killing of 5 Palestinians at dawn yesterday, by the Israeli occupation forces, during a campaign of the occupation to carry out large-scale arrests in the West Bank and occupied Jerusalem.