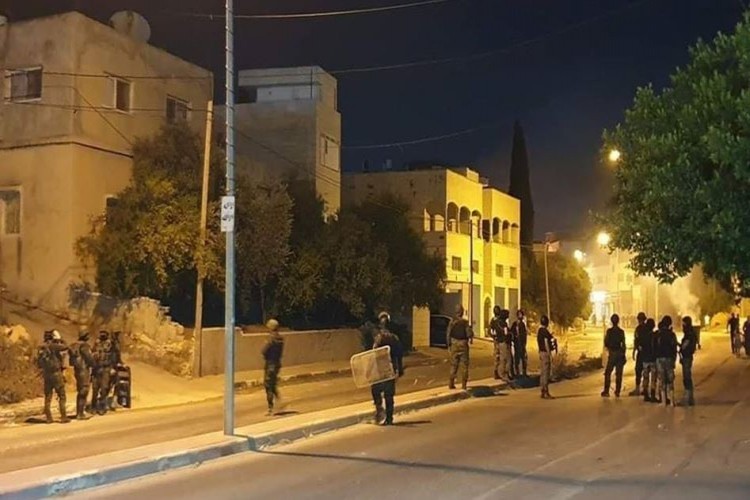 Last night and at dawn today, the Israeli occupation forces launched a campaign of raids and arrests in various areas of the occupied West Bank and Jerusalem, during which confrontations erupted in some areas, West Bank, Sept 28.

20 patrols of the occupation military stormed in and sealed off the southern entrance to the mountainous areas in Qabatiya, Jenin, northern West Bank.

The town witnessed fierce confrontations between Palestinian resistance fighters after large forces of the occupation forces and special units of Mustarebeen (Israelis disguised as Arabs) broke into the town and fired live bullets. Consequently, two Palestinians have been injured with live bullets in the legs, and taken to Jenin Hospital, local sources reported.

The occupation soldiers injured Ahmed Darwish from the town of Muthallath al-Shuhada with a live bullet in the foot during the violent confrontations, and suffocated dozens with teargas, the sources added.