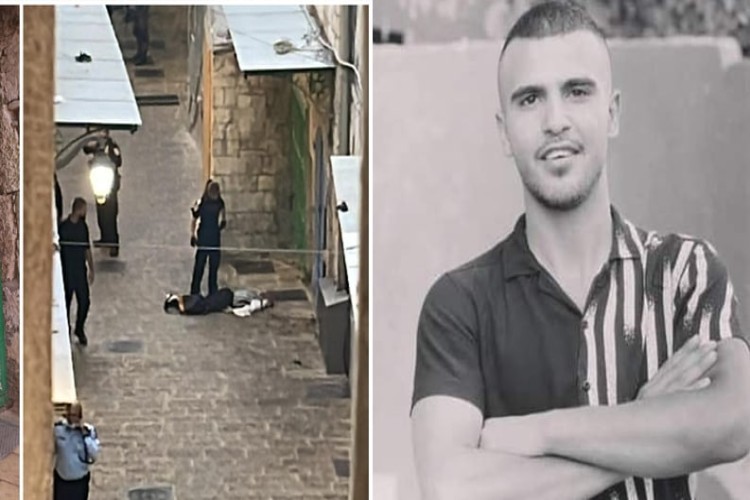 The occupation forces opened fire and seriously injured a Palestinian woman, identified as Israa Khuzaymah (30), for an alleged stabbing near the Bab al-Silsila, one of the gates of Al-Aqsa Mosque in the Old City of Jerusalem as she was seen falling to the ground and the Zionist soldiers surrounding her, before she was announced dead, eyewitnesses said.

The occupation special forces killed a Palestinian young man and wounded 2 others in armed clashes, after they infiltrated the village of Burqin, south of Jenin, in the northern West Bank, Palestinian sources reported.

The Mustarebeen (Israelis disguised as Arabs) fatally shot, at a point-blank range, the Palestinian young man, Zayoud, and kept shooting him while on the ground until they made sure he passed away.

50 of the Israeli occupation patrols launched raids and search campaigns in the village of Burqin and detained two residents after sealing off their house at dawn on Thursday.

Last Sunday, the Israeli occupation forces committed a massacre in Jerusalem and Jenin, killing three young men from the village of Bedu in occupied Jerusalem, and two from the town of Burqin in Jenin.