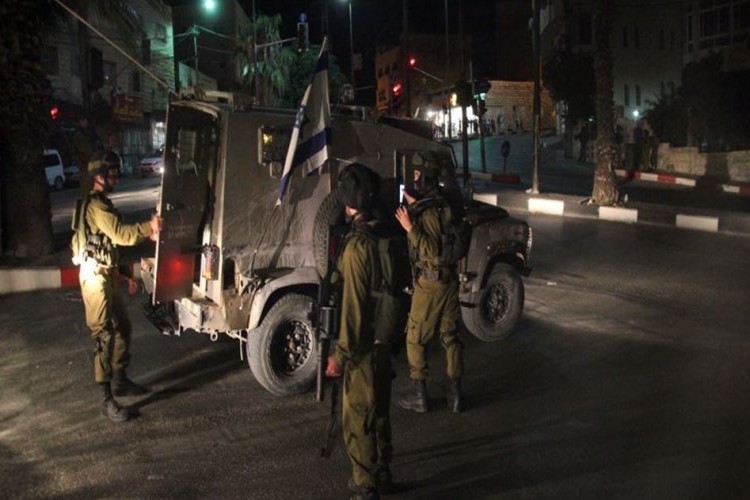 The occupation soldiers kidnapped the liberated detainee, Majdi al-Qazha, from the town of Qabatiya, south of Jenin.

In occupied Jerusalem, they also detained activist Muhammad Nofal from Qalqilya while he was near Bab Hatta, one of the gates of Al-Aqsa Mosque.

The Israeli occupation forces prevented hundreds of West Bank residents from entering the blessed Al-Aqsa Mosque and arrested a young man at one of the gates in the vicinity of the Old City.

The occupation forces detain, deport, and impose fines on Jerusalemites and Al-Aqsa Mosque visitors aiming at keeping them away from it and paving the way for settlement ambitions and interests.

In al-Khalil, the occupation forces arrested the freed prisoner, Ismail Ahmed Hawamdeh (32), from the town of As-Samou’, south of al-Khalil, at a military checkpoint they set up at the entrance to Beit Ummar.

The occupation soldiers stopped the vehicle in which Hawamdeh was traveling, handcuffed and blindfolded him, and put him in a military jeep, local sources reported.

Separate areas in the West Bank and occupied Jerusalem have been witnessing daily arrests that intensify in the nighttime, terrorizing the defenseless residents and sabotaging their houses.

Yesterday, Friday, separate areas in the West Bank and occupied Jerusalem witnessed the outbreak of severe confrontations between Palestinian young men and the occupation forces, leaving dozens of Palestinians injured.