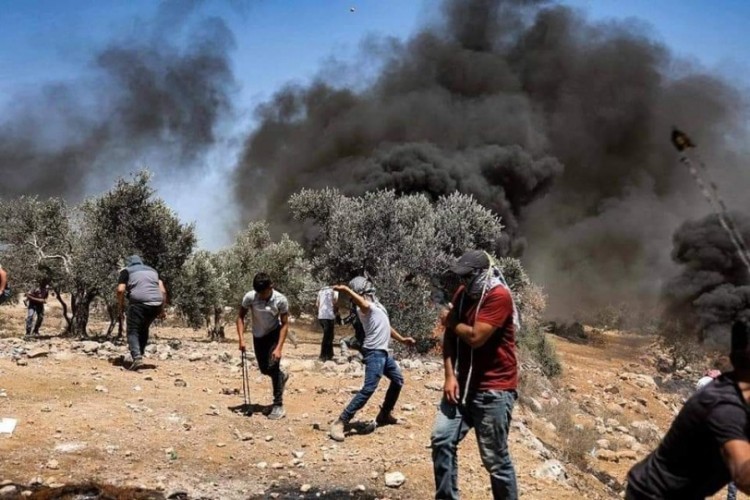 WEST BANK - Dozens of Palestinian civilians have been injured and suffocated during violent confrontations between hundreds of Palestinian young men and the occupation forces on Jabal Sabih (Mount Sbaih) and in the village of Beit Dajan, east of Nablus, Oct 2.

The Israeli occupation forces injured 32 Palestinians on Jabal Sabih in Beita, 11 of whom with metal bullets, and 17 others with extensively thrown tear gas, medical sources reported.

Furthermore, 19 Palestinian civilians were wounded in confrontations with the Israeli occupation forces after Friday prayer on the first anniversary of the start of the Jabal Sbaih confrontations in refusal to the establishment of the settlement outpost east Beita town, south of Nablus, the sources added.