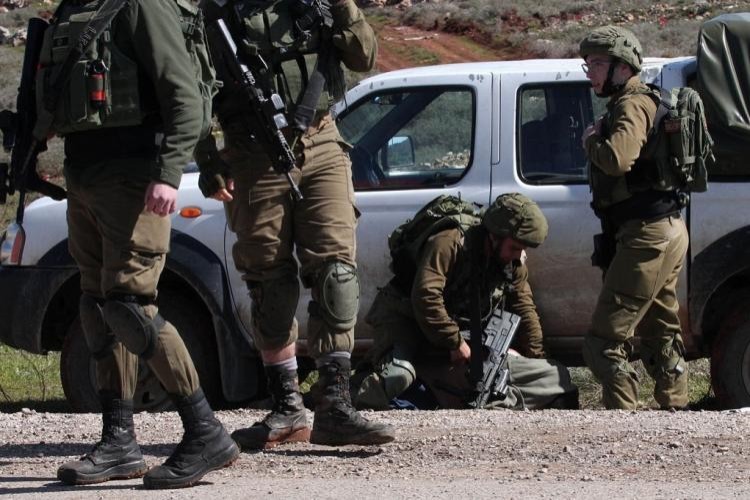 WEST BANK, Oct 4 - The Israeli occupation forces launched a campaign of arrests in the cities of the occupied West Bank, during which many Palestinians were detained.

The occupation forces raided the city of Nablus and the Askar refugee camp, and arrested the two ex-detainees, Abdul Rahman Shnaiwer and Ahmed Saqr, noting that they spent several years in the occupation jails, the Prisoners’ Information Office reported.

In addition, the occupation soldiers arrested the freed prisoners Amr Al-Barghouti from his home in the Al-Tira neighborhood in Ramallah, and Ibrahim Jubran from Bethlehem, the office added.

Furthermore, the occupation forces launched a campaign of detentions in the town of Al-Isawiya, east of occupied Jerusalem, that targeted Ali Obaid, Adam Obaid, Iyas Obaid, Muhammad Eleyan, and Muhammad Bakr Mustafa. Add to that, Mutasim Hamza Obaid was summoned for interrogation by the occupation forces after raiding his house.

Separate areas of the West Bank have been witnessing daily arrests, that intensify in night hours, terrorizing the defenseless residents.