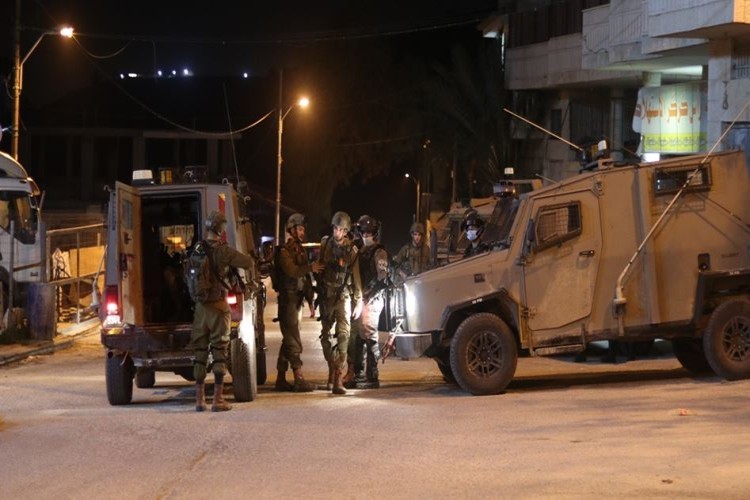 OCCUPIED WEST BANK AND JERUSALEM - Today, Sunday, the Israeli occupation forces launched a campaign of arrests that targeted many Palestinian civilians across the occupied West Bank and city of Jerusalem, Oct 10.

In Bethlehem, the occupation forces detained the children Muhammad Taqatqa, 16, Reda Diriyah, 16, from the town of Beit Fajjar, and Hisham Al-Khatib from the Jawad area of ​​Beit Jala.

Last night, the occupation’s military jeeps raided the outskirts of the towns of Beit Wazan and Surra, west of Nablus, and seized surveillance cameras from several shops to search for resistance fighters who allegedly opened fire on the settlement of Yitzhar, south of Nablus.

In Ramallah, many military jeeps of the occupation broke into the village of Kafr Nima and were stationed in several towns there.

Furthermore, they stormed into the Al-Rama neighborhood in al-Khalil and raided a house. No injuries were reported.

And from occupied Jerusalem, the occupation forces detained a Palestinian young man for allegedly finding weapons and ammunition in his home in the Shuafat refugee camp as well as the young man, Obada Abu Jumaa, from his town, in Al-Tur.

Separate areas of the West Bank and Jerusalem have been witnessing daily detentions, that intensify in night hours, where they tamper with the contents of and terrorize the defenseless residents.