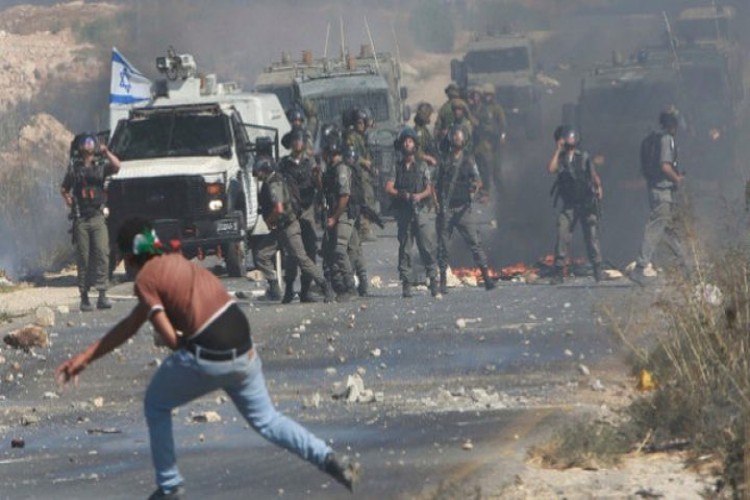 WEST BANK - A 15-year-old child was injured yesterday evening by the Israeli occupation forces, at the western entrance to Silwad town, east of Ramallah, Oct 13.

Local sources reported that the child was wounded in the foot, and was detained later and transported by an “Israeli” ambulance because they prevented Palestinian ambulances from treating him.

The occupation forces also detained a Palestinian young man, and assaulted the people present in the plaza of Bab al-Amoud and Salah al-Din Street, in central occupied Jerusalem.

The sources indicated that the occupation forces intensified their military deployment in Bab al-Amud area after a group of settlers passed by, while the "undercover" forces kidnapped the youngster, Muhammad Abu Sneina.

The confrontations extended to Salah El-Din Street, where the occupation forces sprayed the youths with wastewater, and stormed into a commercial center there, the sources added.