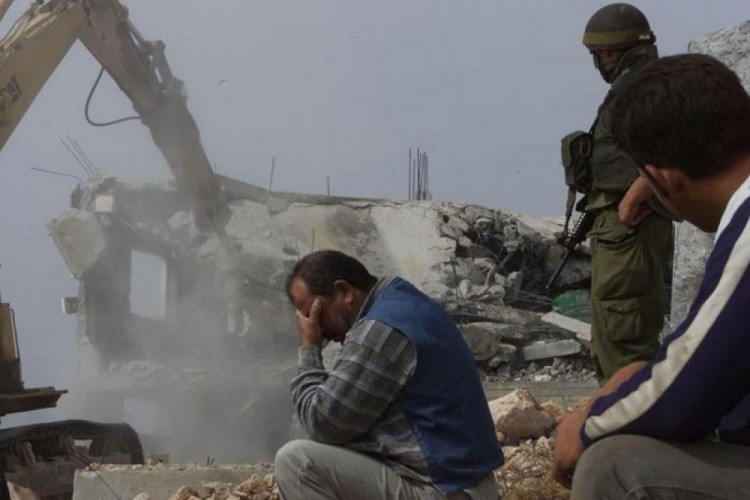 The occupation forces sealed off a residential building in Abdel Rahim Mahmoud Street, west of Nablus, and detained the Palestinian young man, Hamed Al-Sarawi, as well as Adel Kronfleh, from his home in the Al-Taawun Street area, local sources said.

In the same context, the occupation forces set up several military checkpoints at the entrances to the city of al-Khalil and some of its towns, and stopped and searched citizens' vehicles, and checked their passengers' cards.

Moreover, the Israeli occupation forces detained a still-unidentified young man, after storming into the Al-Tira neighborhood in Ramallah.

Besides, the occupation forces raided the towns of Ein Qinya, Qibya, Shuqba, Al-Taybeh, and Deir Dibwan.

In addition, the occupation bulldozers demolished, in the morning, Bedouin facilities in the Bedouin community of Qaboun near the village of Al-Mughayir, north of Ramallah, in the central occupied West Bank.

It is noteworthy that the occupation forces demolished 11 homes in the complex last July, and seized the properties of citizens.