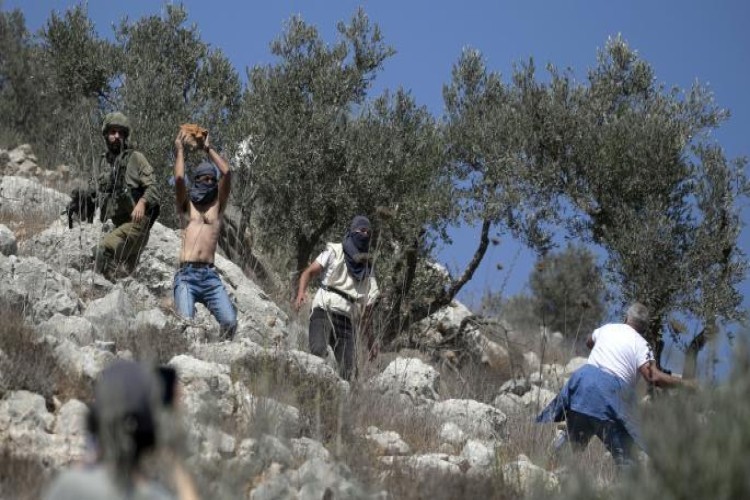 WEST BANK - Settlers cut down more than 80 olive trees in the village of Al- Mughayir, north of Ramallah, and excavated agricultural lands of more than 60 dunums, Oct 14.

The head of Al- Mughayir Village Council, Amin Abu Alia, said in a press statement today, Thursday, that "the village farmers were surprised yesterday that settlers uprooted and destroyed more than 80 olive trees, in the area near the settlement of "A’di A’d".

The settlers, protected by the occupation forces, attacked the Palestinian farmer, Aktham Al-Naasan, who sustained bruises and wounds as a result, Abu Alia added.

Furthermore, the settlers, yesterday, razed large areas of the village's lands, more than 60 dunums, from which they had previously uprooted about 500 olive trees, Abu Alia pointed out.