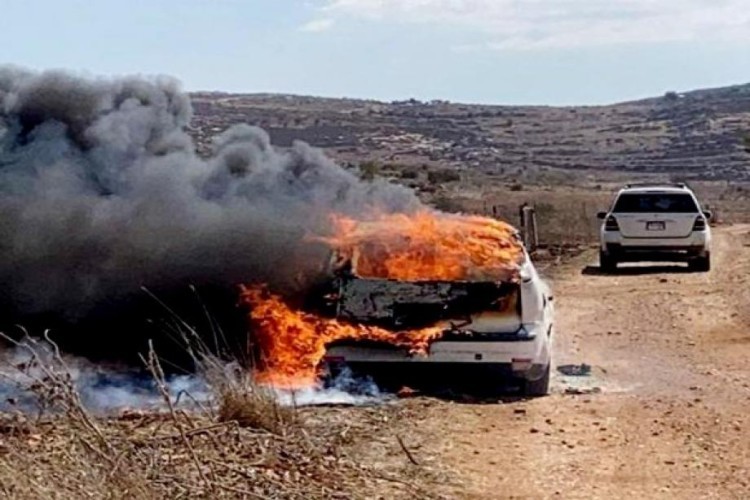 WEST BANK - A Palestinian citizen sustained burns after settlers attacked an olive harvester, in the town of Turmus Aya, northeast of Ramallah, October 24.

Moreover, the settlers attacked the citizen Abdul Nasser Naji, and sprayed him with pepper gas that burnt him, after which he was transferred to the medical center in the town, Abu Samra pointed out.

The Zionist settlers set fire to a vehicle, damaged and destroyed vehicles belonging to the attacked families, Abu Samra explained.

The occupation government and the settlement groups are racing against time to seize the largest amount of land possible, establish more settlements, and build roads.