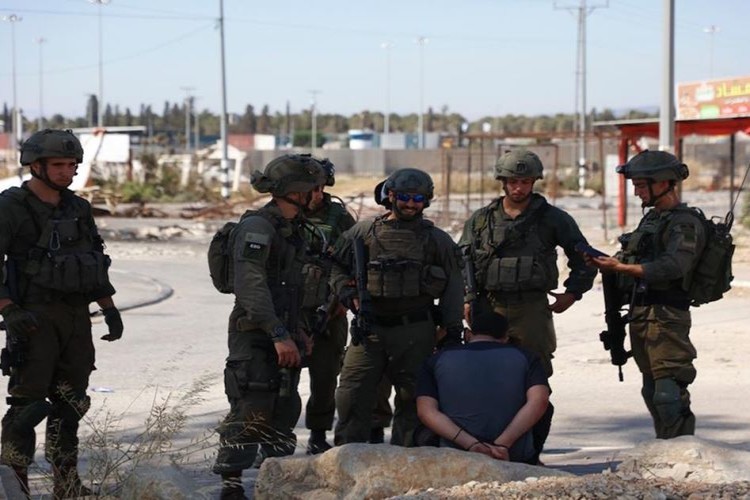 The Israeli occupation forces detained, at dawn today, three Palestinian young men from the city of Bethlehem, while separate areas of the occupied West Bank and Jerusalem witnessed confrontations with the occupation soldiers, Sunday, October 24.

In the same city, the occupation forces detained the two young men, Qusai Adly Hamamra, and Muhammad Raouf Abu Yabis, from the town of Husan, west of the city.

In another context, the northern checkpoint of the city of Qalqilya witnessed the outbreak of confrontations with the occupation forces, during which the soldiers fired live bullets and sound and gas canisters at Palestinian citizens' homes.

The town of Silwan in occupied Jerusalem witnessed, at dawn today, violent confrontations that broke out between young men and the occupation forces, which raided the town with large numbers of soldiers.