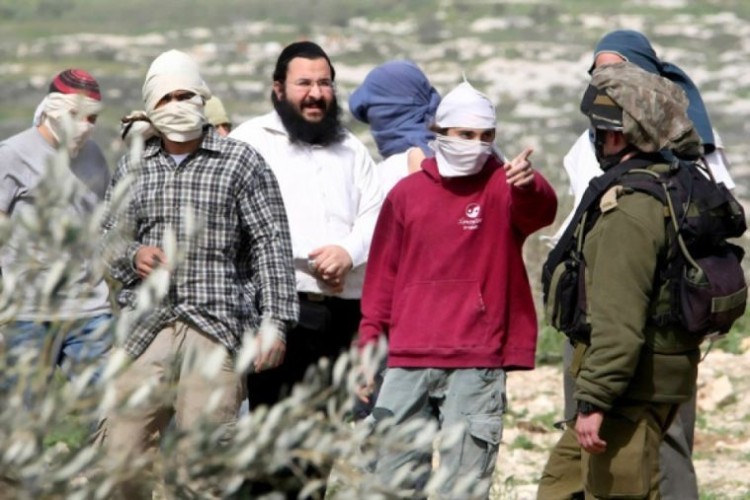 WEST BANK, October 25 - The Zionist occupation authorities continued their violations against Palestinian farmers, as they placed restrictions on olive harvesters.

The head of the Jalud village council, Abdullah Al-Hajj Muhammad, said that farmers went on Monday morning to harvest olives, and were surprised that 6 wooden ladders, mattresses, saws, and pruning shears had been robbed.

These lands are located in the southern region near the outpost of "Ihya" settlement and belong to three farmers from Jalud village.

The occupation forces also prevented the Palestinian farmers from reaching the olive fields near the " Ihya " outpost, on the pretext that there was no prior coordination.

In the town of Salem, east of Nablus, the occupation forces closed the gate leading to the Al-Lahf area, east of the town, and prevented citizens from entering their lands by vehicles.