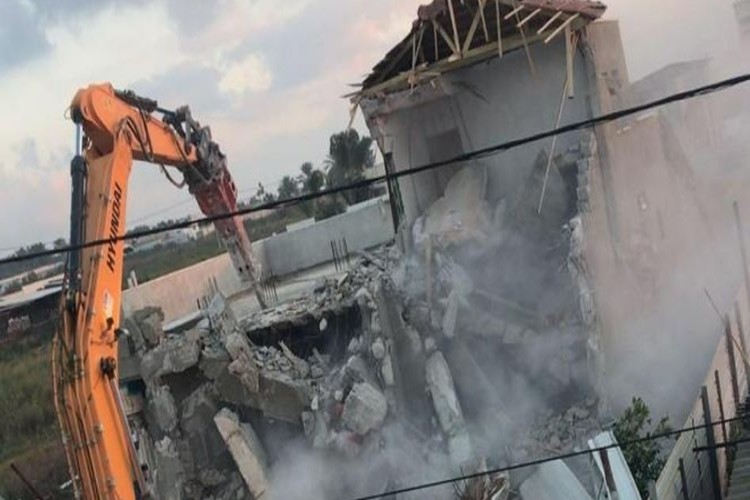 West Bank - The Israeli occupation forces demolished three residential buildings in the village of Al-Walaja, west of Bethlehem, on the pretext of lacking building permits.

And local sources reported that the demolished houses are located in the "Ain Gweizeh" area, and each has an area of ​​about (80 square meters).

The sources indicated that the occupation forces had previously demolished the house of Tariq Abu al-Tin in the same area, and he reconstructed it later.

The "Ain Gweizeh" area has been subjected to attacks in the interest of settlement expansion for years, represented by the demolition of dozens of homes and other as well as the razing and seizing of lands.