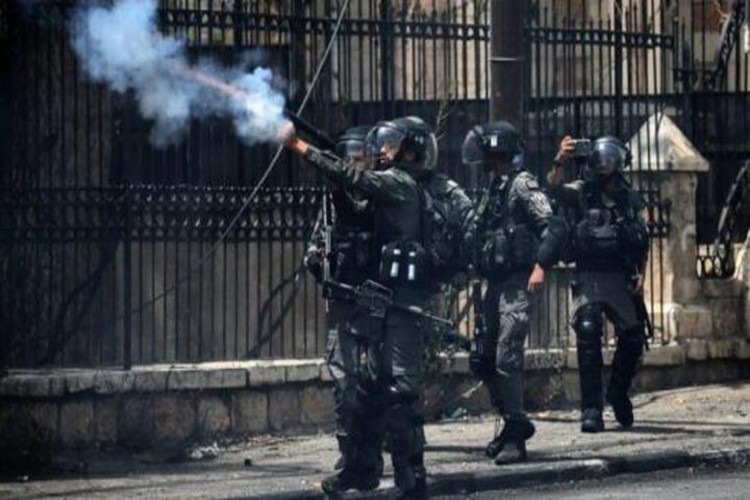 West Bank - The Israeli occupation forces injured a Palestinian citizen, and detained another yesterday evening, Tuesday, during confrontations that erupted in the village of Husan, west of occupied Bethlehem.

Confrontations broke out in the "Al-Sharfa" area, at the eastern entrance to the village, during which the occupation soldiers fired live and metal bullets, as well as tear gas and sound bombs, head of the Husan village council, Muhammad Sabateen, said.

The confrontations resulted in the injury of an 18-year-old Palestinian with a bullet in the thigh, and he was subsequently taken to hospital, pointed out.