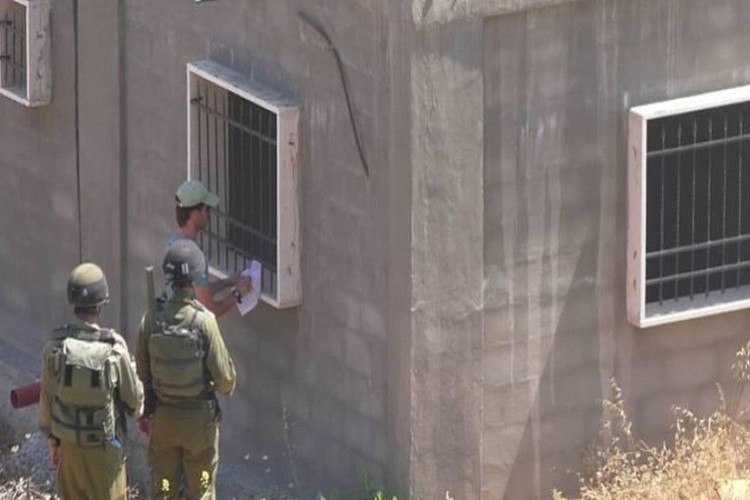 West Bank - The Israeli occupation authorities gave a stop-work written notice to a house that is under construction, in the village of Artas, south of Bethlehem.

Activist Samir Abu Swi said in a press statement that the occupation forces stormed the eastern area of ​​"Umm Rakba", and served a stop-construction notice to a two-storey house belonging to Ismail Awad Salah, in addition to seizing a water pump and Concrete mixer.