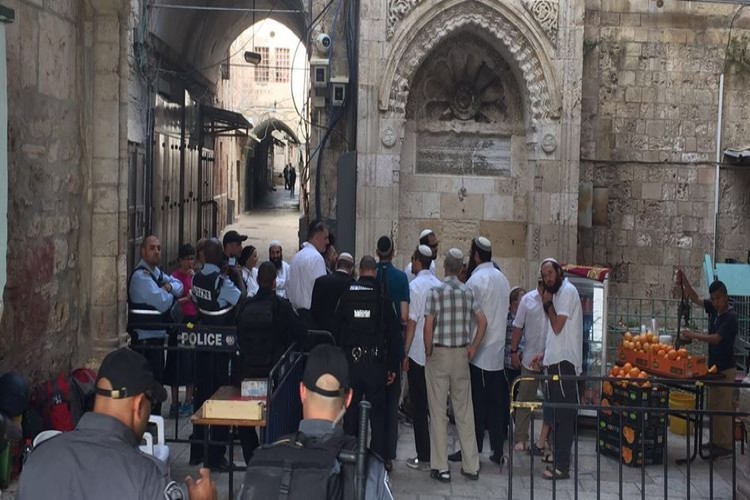 Occupied Jerusalem - Dozens of settlers stormed, this morning, the courtyards of the blessed Al-Aqsa Mosque and its chapels, and performed provocative Talmudic rituals under the protection of the occupation forces.