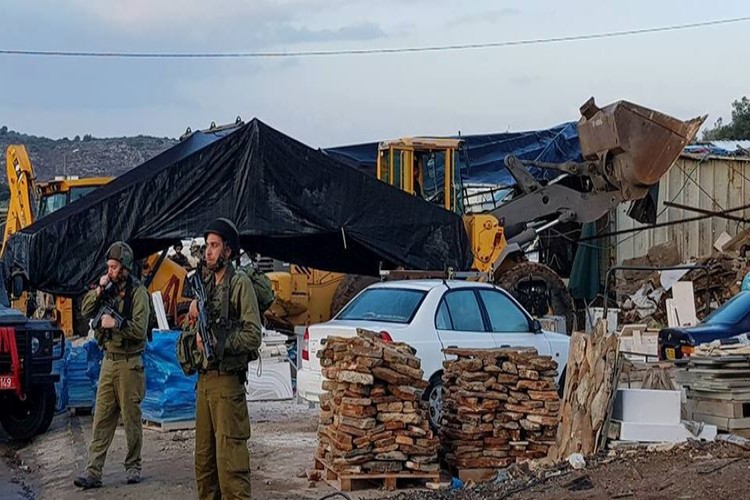 Large forces of the occupation military, accompanied by bulldozers, started demolishing commercial facilities in the vicinity of the "Abu Al-Shahid" roundabout, after turning the place into a closed military zone and preventing residents from accessing it.

The occupation authorities tore down three facilities in the surrounding area of the "Qalandia" military checkpoint, including a supermarket, a vegetable store, and a gas station.

Al-Quds Legal Aid and Human Rights Center has documented the Israeli occupation authorities have demolished, in the first half of this year, 63 facilities, displacing dozens of Palestinian citizens.

Tens of thousands of Palestinians in occupied Jerusalem are facing demolition orders on the pretext of unlicensed construction after the Israeli occupation municipality rejected Palestinian requests for building permits, the Center added.