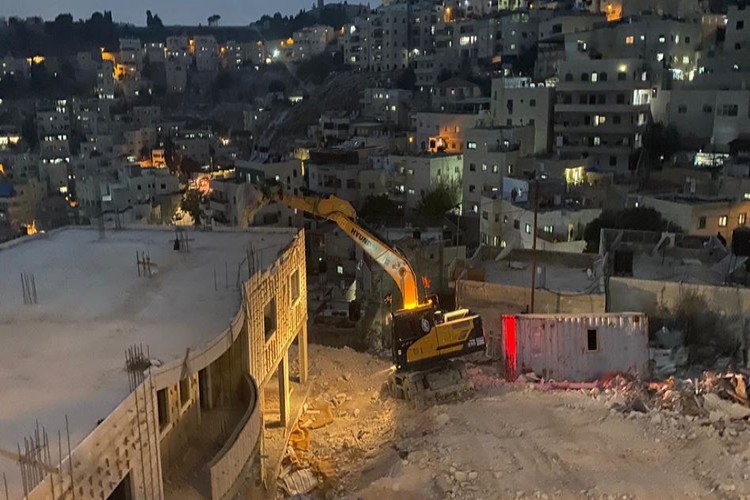 Abd al-Rahman Burqan, brother of the owner of the house, said that the Israeli occupation authorities forced them to personally demolish their 350-square-meter house, consisting of two floors, under the threat of exorbitant financial fines should the occupation municipality demolish it.

Burqan and his family demolished the house with a bulldozer at their expense, which cost about 700,000 shekels.