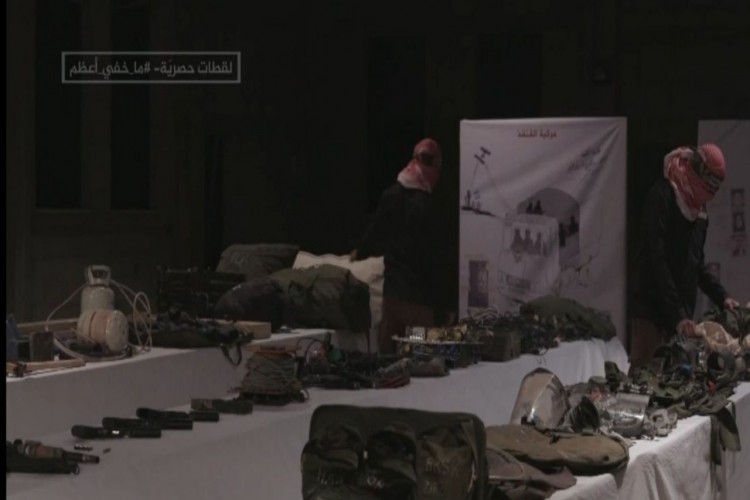 It was revealed that the Israeli unit disguised under the cover of a humanitarian organization to implement its spy mission in Gaza.

Eight members of the undercover unit entered Gaza with fake IDs and impersonated a Palestinian family. The main mission of this unit was to plant spying devices on Al-Qassam Brigades' private communication system.

However, the Israeli special unit was stopped and questioned by Al-Qassam patrol unit in Khan Younis for 40 minutes and became suspicious of their answers. A firefight started and the Israeli agents used guns with silencers, immediately killing a field commander of Al-Qassam Brigades Nour Baraka and one of his aides, Mohammed al-Qarra.

The leader of the Israeli unit was killed and one of his aids was injured. After that Israeli warplanes landed to evacuate the unit and stoke several places to provide a fire cover.

The mission was foiled due to the wisdom and courage of Al-Qassam fighters in the ground.