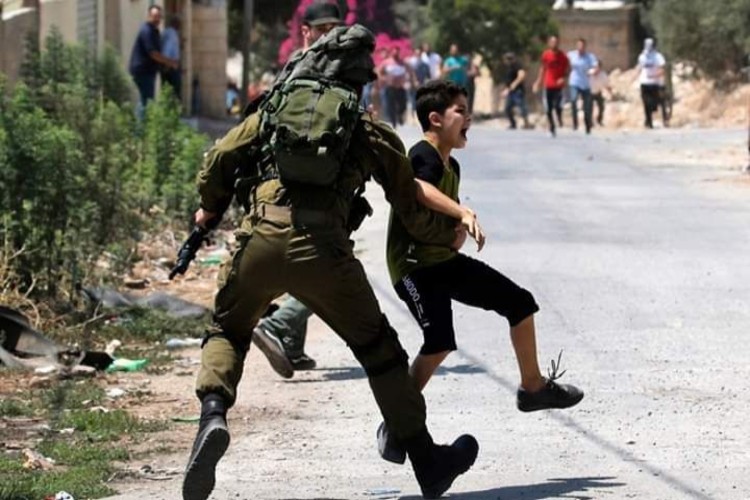 West Bank - Dozens of Palestinian school students were injured this morning, south of Nablus, as the Israeli occupation forces attacked them with metal bullets and tear gas canisters, for the second day in a row.

And local sources reported that the Israeli occupation soldiers "ferociously" attacked the students while heading to the Al-Lubban Al-Sharqiah Secondary School located on the main Ramallah-Nablus Street.

On Tuesday, dozens of female students suffocated as the occupation forces attacked them by throwing tear gas canisters at them, while they were on their way to school in Al-Lubban Al-Sharqiya. As a result, more than 70 schoolgirls suffocated.

The students of the eastern "Al-Lubban" schools are subjected to continuous harassment by the Israeli occupation soldiers, who are heavily deployed in the area.