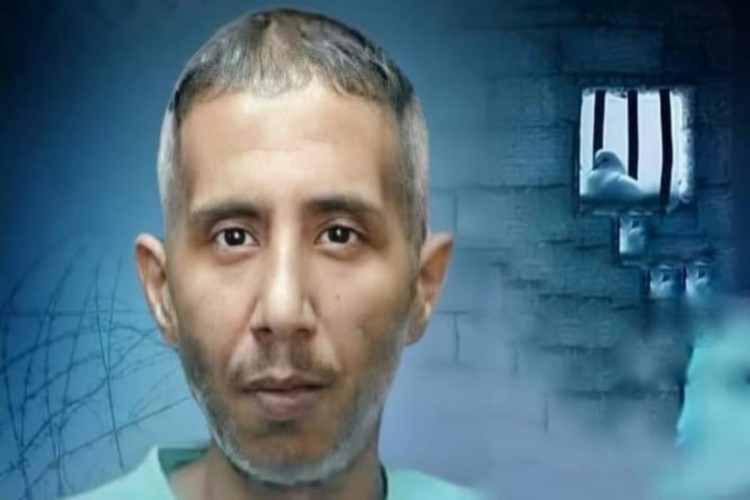 Palestinian detainee has passed away, this morning, in Israeli occupation jails, according to the Palestinian Prisoner's Society (PPS).
The statement said that the Palestinian martyr, Sami al-Amour, 39, from the city of Deir al-Balah in the Gaza Strip, died in jail, this morning, due to intentional medical negligence by the Israeli occupation jail administration.
Al-Amour has been held in Israeli jail since 2008, and he was sentenced to 19 years in jail. With the martyrdom of al-Amour, the number of martyrs of the captive movement rises to 227since 1967.