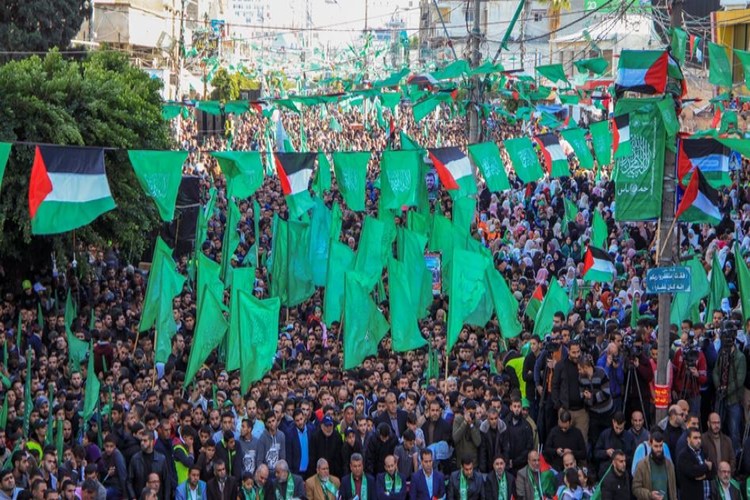 Hamas denounces UK's designation of it a terrorist group

The Palestinian Islamic resistance movement (Hamas) has condemned Britain’s decision to proscribe it as a terrorist group, called for denouncing this decision, and considered it a continuation of the aggression against the Palestinian people and their inalienable rights, which has been obviously seen since more than a hundred years.

Hamas said in a statement: "Unfortunately, Britain continues with its oppression of the Palestinians. “Instead of apologizing and correcting its historical wrongdoing against the Palestinian people, whether in the ominous Balfour Declaration or the British colonization of Palestine that gifted Palestinian land to the Zionist movement,” said Hamas, it is supporting the aggressors at the expense of the victims."

Hamas added that “resisting the occupation, by all available means, including armed resistance, is a right adopted by international law to peoples under occupation. The Israeli occupation is the terrorism; killing the indigenous people, expelling them from their lands, demolishing their homes and detaining them is the terrorism”.

Hamas went on saying, “Besieging more than two million Palestinians in the Gaza Strip, most of them are children, for more than 15 years is terrorism, but rather war crimes and crimes against humanity, as described by many international organizations and human rights institutions.

“Assaulting sanctities and terrorizing the defenseless people in houses of worship is the essence of terrorism, and that theft of land and building settlements on it is the worst form of terrorism”, Hamas pointed out.

Hamas went on to say, “the international community, inclusive of Britain, which is a founding member in League of Nations and later in the United Nations, should end those double standards and appalling violation of international law that they claim to protect and abide by”.

“The UK should stop being biased towards the Israeli narrative and rush to expiate their awful sin against the Palestinian people committed in the Balfour Declaration by supporting the Palestinians' struggle for liberation, independence, and return”.

“The Palestinian people, backed by the Arab and Muslim nations and the free people of the world, will continue their fight for freedom and return at any cost and will not be discouraged by those who failed to support them”, Hamas said.

“We are confident that the Palestinians will fulfill their aspirations for freedom and independence sooner or later”, Hamas concluded.

On Friday, British Home Secretary, Priti Patel, has announced she is seeking to declare the whole of Palestinian Resistance group Hamas a terrorist organization. She also considered belonging to or inviting support for a proscribed organization or wearing clothing that could be seen to support the group a criminal offense and threatened with a penalty of a maximum of 14 years in prison and/or a fine on anyone who would do so.