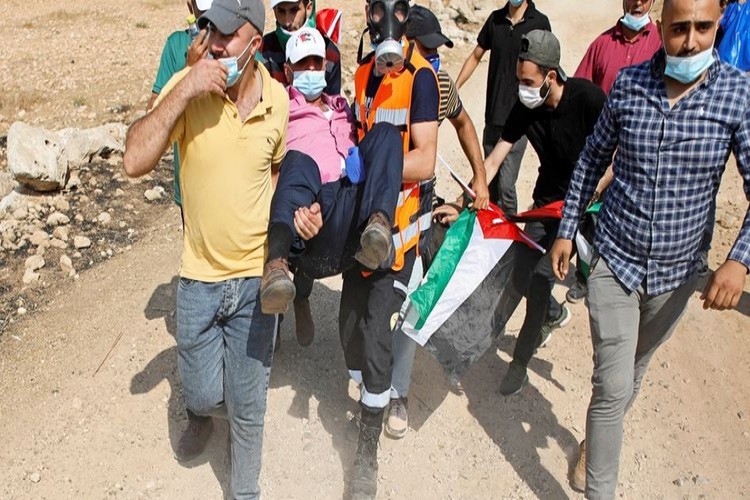 The Palestinian Red Crescent Society reported that the toll of injured in the confrontations in the Jabal Subaih area in Beita has mounted to 19, including journalists.

The society pointed out that 97 cases of suffocation among Palestinians were recorded by tear gas fired by the Israeli occupation forces.

Earlier that day, the "Red Crescent" in Nablus reported that female journalist, Najla Zaitoun, was hit by a gas bomb, and journalist, Bakr Abdel Haq, was also hit with metal bullets in the shoulder, in addition to other journalists who were suffocated by tear gas.

The youths set fire to rubber tires as part of the methods of confusing the occupation soldiers and distracting the snipers from targeting them and hurled Molotov cocktails and stones at the soldiers.

The occupation forces also suppressed the weekly march against the settlement outpost, east of Beit Dajan, east of Nablus.

Many areas in the occupied West Bank and Jerusalem have been witnessing confrontations with the occupation forces as popular activities rejecting settlement expansion projects, most notably in Beita and Beit Dajan.

In the town of Beita, south of Nablus, daily and weekly activities are organized as part of the steps aimed at removing the “Avitar” settlement outpost built on the lands of Jabal Sabih.