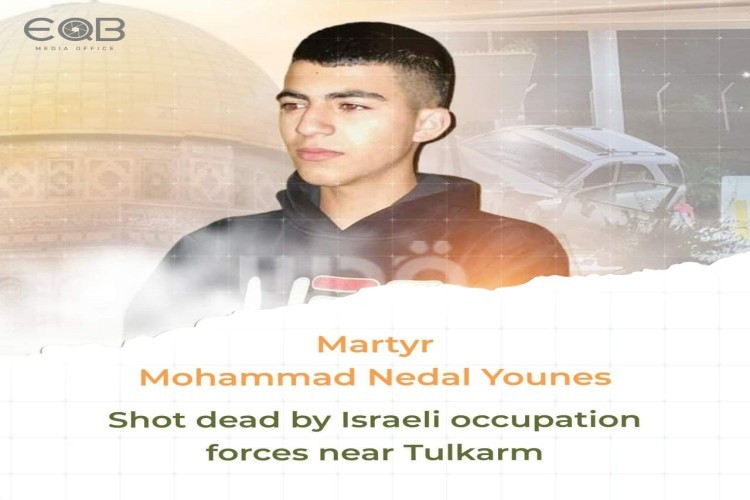 A Palestinian teen was martyred by Israeli occupation live ammunition, after he rammed a car into an Israeli military checkpoint in the occupied West Bank, this early morning, seriously injuring an Israeli occupying soldier.

Local sources reported that the occupation forces carried out a summary execution of the teen, identified as Muhammad Nidal Younes,16, from the Austrian neighborhood in Nablus, and detained his body as is their norm.

In this context, the occupation forces raided the Austrian neighborhood, west of Nablus, and raided the house of the martyr, and tampered with its contents.