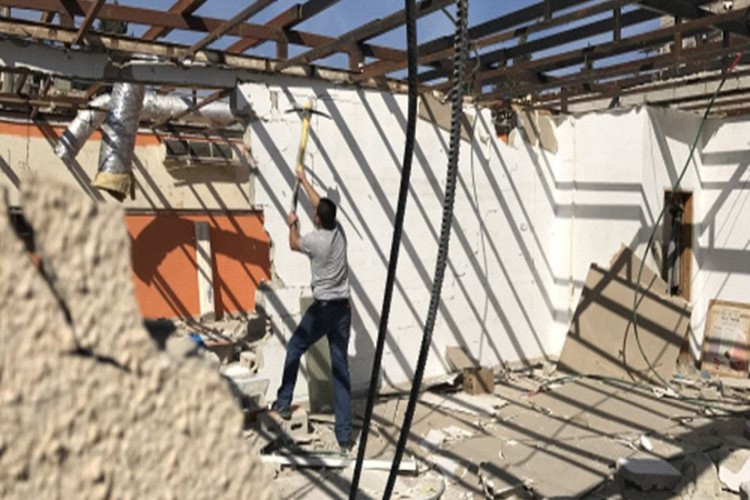 The Israeli occupation authorities forced a Palestinian family to self-demolish their house, on the pretext of lacking a building permit, in the “Bir Ayoub” neighborhood, in the town of Silwan, south of Al-Aqsa Mosque, in the occupied city of Jerusalem.

The Jerusalemite, Baha Zaitoun, said that he had to personally tear down the second floor of his family's house, inhabited by 6, 4 of whom are children, which was built four years ago to avoid paying exorbitant fees in case it was demolished by the occupation municipality.