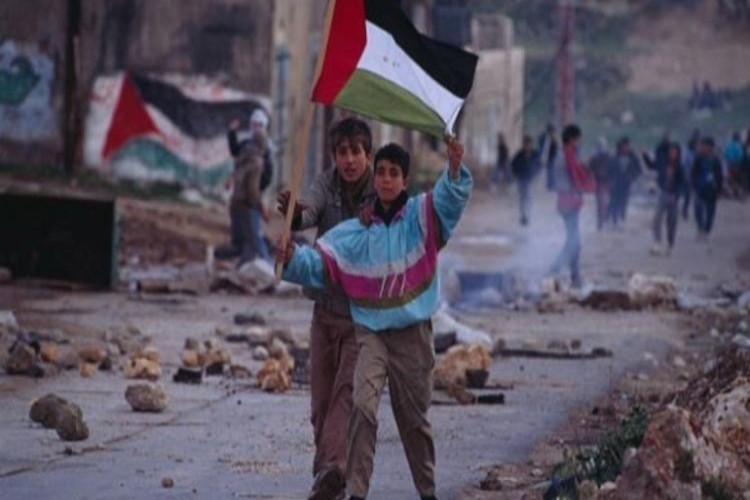 Hamas: Resistance is the only way to extract our rights, and its flame will never fade

On the 34th anniversary of the First Intifada, the Islamic Resistance Movement "Hamas" affirmed that the flame of the resistance will not fade, stressing the continuity of resisting the Israeli occupation.

Hamas said in a press statement Wednesday, that the comprehensive resistance, especially the armed resistance, and the unity of our Palestinian people behind a unified struggle program and a strategy of confrontation with the occupation, is the only and the shortest way to extracting our rights and liberating our land, and detainees.

Hamas stressed that the occupied city of Jerusalem and the blessed Al-Aqsa Mosque are the core of the conflict with the Zionist state, and our people with their valiant resistance will remain an impenetrable dam to protect and defend them by all means.

Hamas stressed that the detainees languishing in the Israeli occupation jails are an integral part of our people and that their liberation is a national responsibility that Hamas puts at the forefront of its priorities, and as the resistance excelled in fulfilling its promise to the freed detainees, it is able today to renew its loyalty to the remaining ones in an honorable deal that frees them all.

Hamas renewed its rejection of all settlement schemes and projects of absurd negotiation with the occupation, and security coordination with it, which has proven to be unsuccessful in protecting our people and extracting their rights. Rather, it opened the way for the occupation to expand settlements, escalate aggression, Judaize sanctities, and besiege our people.

It also renewed its rejection and condemnation of all normalization agreements with the Israeli occupation state, and efforts to establish relations with it, and affirmed that these relations are a stab in the back of our people, and a blow to the depth, security, and stability of our nation and that the only beneficiary of it is the occupation. Hamas called on the people of the Arab and Islamic nations to confront all forms of normalization with the common enemy of the entire nation.

In its statement, Hamas called on our Arab and Islamic nation, leaders, governments, parties, organizations, and peoples, to act effectively and to strengthen activities and projects of support and solidarity with the Palestinian people and their just cause, in defense of themselves, and protection of their land and holy sites, until the end of the occupation and the liberation of occupied Palestine.

The movement saluted the souls of the martyrs of the blessed popular uprisings in Palestine, and all the righteous martyrs of the founding leaders and good men, who paved with their blood the path of our people towards liberation.

It also saluted the heroes of the Glory and Resistance Brigades (Qassam) who have always been ready to pull the trigger, to our free detainees, to the injured by the Zionist crimes, and to those who are stationed on the front lines in all fields.