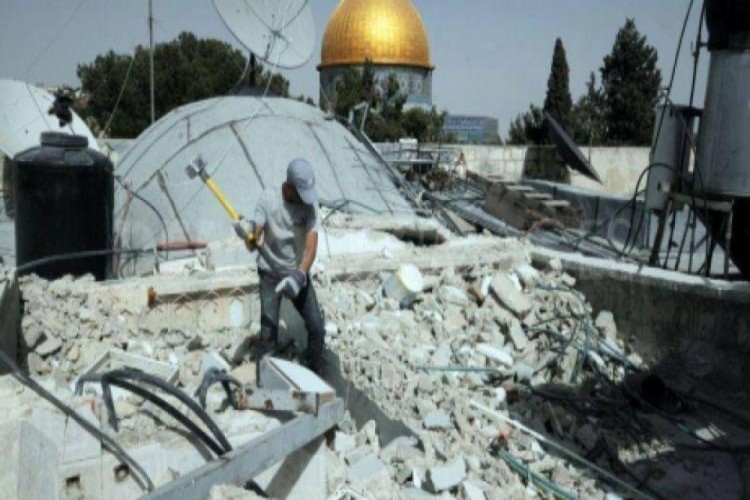 The Israeli occupation forces compelled a Jerusalemite family to self-demolish their house in the Wadi Qaddoum neighborhood in Silwan, south of the blessed Al-Aqsa Mosque.

The Nassar family had to demolish one of their three homes of, after the municipality of the occupation in occupied Jerusalem threatened them with exorbitant fees should the occupation demolish it.

The family received a notice from the Israeli occupation municipality informing them of its intention to demolish the houses and that the demolitions shall be carried out before December 15, on the pretext of lacking building permits.

Muhammad Nassar said that they had to empty the contents of the house and personally demolish it today, in order to avoid paying unaffordable fees.

As for Munther Nassar, a resident of the building, he confirmed that the occupation municipality threatened them to pay a fine of 200,000 shekels if its vehicles demolished the house, pointing out that their mother is sick, and they do not know where to go after their displacement.

Jerusalemites are forced to destroy their homes with their own hands in order to avoid paying huge sums in case the occupation municipality demolishes them.