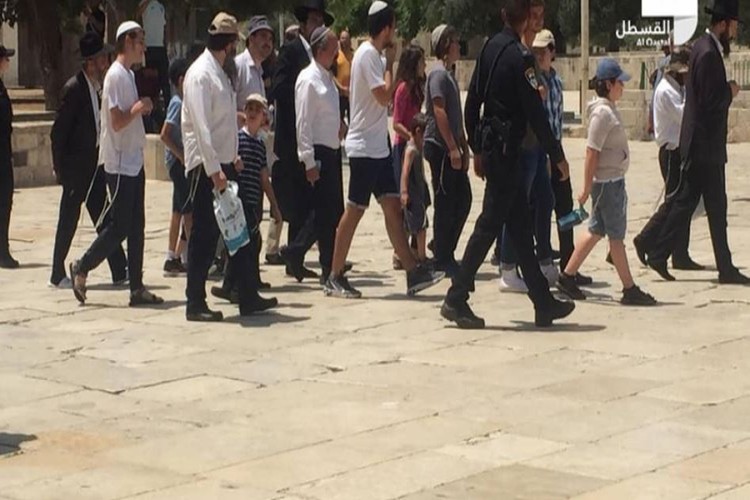 Occupied Jerusalem – Israeli occupying settlers stormed, this morning, the blessed Al-Aqsa Mosque through the Bab al-Magharibah, under the protection of the occupation forces.

As part of the continuous provocative behavior, the settlers toured the courtyards of Al-Aqsa, and performed public Talmudic rituals inside them, Jerusalemite sources reported.

The occupied city of Jerusalem and its gates have been witnessing strict “security” measures represented in the frisk search of Palestinian citizens and worshipers in Al-Aqsa and attacks on them.