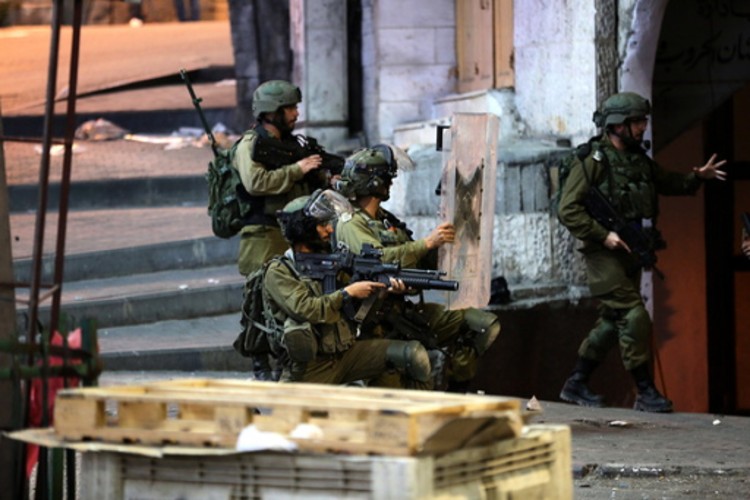 Eyewitnesses reported that the 14-year-old child was shot in the thigh while he and a group of boys were present near the checkpoint. He was taken by ambulance to a governmental hospital in Tulkarm.

In another context, confrontations erupted with the Israeli occupation forces, at the entrance to the Al-Aroub refugee camp, north of al-Khalil.

Local sources reported that the occupation forces fired tear gas and sound bombs at the youths and the camp's residents, which caused cases of suffocation, as a result of inhaling poisonous gas.

And the occupation forces raided the camp at dawn, and were deployed in its streets and alleys, which raised a state of panic among the citizens.