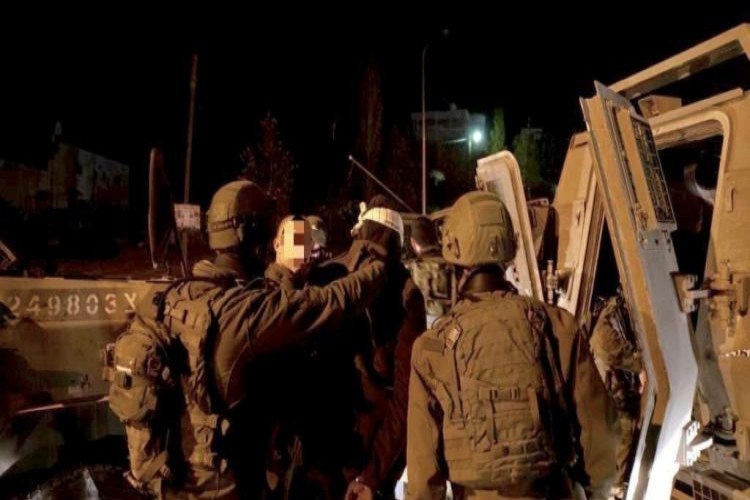 The Prisoners’ Information Office reported that the occupation forces raided the new Askar camp in the city of Nablus and detained the freed detainee, Muhammad Ibdah.

In Salfit Governorate, they also detained the two young men, Baraa Saleh Al-Shannar from the town of Kafr Al-Deek and the lawyer Hamza Assi from Qarawat Bani Hassan.

Furthermore, in Bethlehem, the occupation forces detained the young Muhammad Hijazi from Jabal al-Mawaleh, and raided the homes of the two detainees, Monadhel Nfi'at, in the town of Ya'bad, south of occupied Jenin, and Sa'id Abu Obeid, in the town of Kafr Qud, to the west.